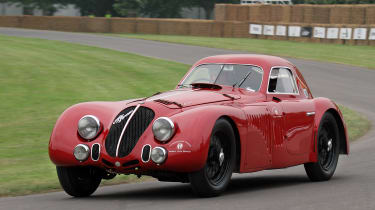 With eye catching cars that keep enthusiasts enthralled, like the Giulia saloon and Stelvio – an SUV that thinks it's a sports car – Alfa Romeo is currently enjoying a welcome spell in the limelight.

The famous Italian marque hasn't always had an easy life, though – it has faced its fair share of financial crises and there have been times when enthusiasts felt that some of its cars' sporting spirit was ebbing away. We reckon it's high time, then, that some of the marque's most illustrious, significant or just plain sexy cars were celebrated.

The history of Alfa Romeo makes for fascinating reading. An interesting and little-known fact is that the company started under the Darracq name in 1906, with cars marketed under the A.L.F.A. brand from 1910. Those initials stood for Anonima Lombarda Fabbrica Automobili, or Anonymous Lombard Automobile Factory, referencing the administrative district of Lombardi, of which Milan is the capital. It wasn't until 1920, five years after the company came under the direction of entrepreneur Nicola Romeo, that the Alfa Romeo name was born and first appeared on a car – the Torpedo 20-30 HP open tourer.

The period between the wars was difficult and found Alfa Romeo under government control, where it, like many European manufacturers, concentrated on working towards the Italian war effort. Only one model, the expensive 6C 2500 sports car, was series-built during World War II, in both road and racing versions. At the end of the war, Alfa Romeo's car manufacturing interests would intensify, but a return to profitability didn't come easily.

The hugely successful pre-war Alfa Romeo 158 Grand Prix car returned to the track after the war ended and brought welcome publicity to the company, which restarted production in earnest with the 1900 saloon, coupe and convertible. It was the right car at the right time, and its positive image contributed to Alfa Romeo's continued expansion. Some of the company's most celebrated models were produced in the 1960s.

So, now you know a little about the company, grab yourself a cappuccino and relax as we explore some of the most significant cars in the history of Alfa Romeo.

This elegant model, more than any other, exemplifies the glory of pre-war Alfa Romeo. Most famous in its Grand Prix car form, the Alfa Romeo 8C 2900 was one of the last cars run by the Scuderia Ferrari racing team, before Enzo Ferrari founded his own car-building empire. In sports racing form, the 8C 2900 saw considerable success in road racing, including the infamous Mille Miglia. Road versions were also offered to very wealthy customers – a Pininfarina-bodied example was once sold at auction by Christie's for over $4 million, in Pebble Beach, California. 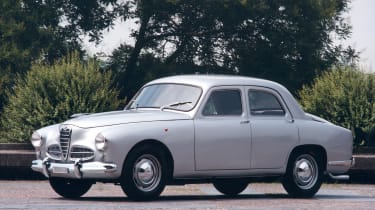 After World War II, the 1900 was the car that effectively rebuilt Alfa Romeo as a major force in European car production. First sold in 1950, it was available initially in saloon and later coupe and convertible forms. Although it used a twin-cam engine from the outset, in 1954 it would receive the next-generation Alfa Romeo twin cam engine that powered cars from the marque all the way up to 1994. The 1900 also formed the basis of many coachbuilt specials by famous Carozzeria such as Ghia and Zagato, as well as the near-legendary BAT series of cars from Bertone. 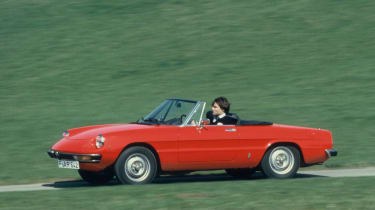 The Spider name had already appeared on open Alfa Romeo roadsters before, but it was the perky, voluptuous Spider 1600 that remains the most famous of all. Styled by Pininfarina, and made made famous by the film The Graduate, it was produced from 1966 to 1994, although its appearance changed markedly through four separate major updates. The first, in 1970, replaced the curvaceous rear end with a square 'Kamm' tail, while the final 1990 update re-introduced some of the grace the Spider lost over the years. Its 1994 replacement made the change to front-wheel drive.