How to drive a manual car 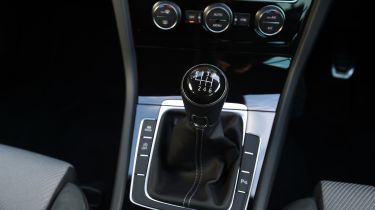 While not as popular in the US, many cars in the UK come with a manual gearbox. An automatic gearbox will change gears without your input, while a manual gearbox puts you at the centre of the action and means you choose which gear to be in.

You might prefer the car to do the work for you but there are several benefits to driving a manual car over an automatic. Manual cars tend to be more economical than their automatic counterparts, and are usually cheaper to buy in the first place. A lot of enthusiasts prefer a manual gearbox because you feel more involved in driving the car.

Manual or automatic: which is best?

If you want to learn the basics before taking lessons, make sure you don’t drive on public roads and you have the permission/guidance of the owner of the car. Start on a flat surface in neutral (when the car isn’t in any gear) with the handbrake on. If you’re in neutral, you’ll be able to push the gearstick left or right without difficulty. A gearstick will normally have the diagram of where the gears are on it - first is normally left and up, and there’ll be a number of higher gears plus one for reversing.

How to drive a manual car - moving off

Whereas automatic cars only have two pedals to press, a manual has an extra one to the left of the brake. Called the clutch, you’ll need to press this to move the gear lever into the position for the gear you want and keep it pressed until you move off. We’ve laid out the steps you need to take, although note that step five isn’t applicable on cars with an automatic handbrake:

You’ll be moving quite slowly in first gear as it’s designed to get the car moving. When the rev counter rises to around 2,000rpm, you’ll want to change into second gear to go faster. To do this, take your foot off the accelerator and press the clutch pedal down while the car is still moving. Slot the gearlever straight down into second gear, and apply the accelerator while lifting off the clutch.

First and second gear are most often used below 20mph. Third and fourth gear usually offer the most power and the fastest acceleration, and fifth (and sixth, if fitted) is for cruising to improve the car’s fuel efficiency and refinement. If you’re travelling at a constant speed, a way to think of it is: first gear for under 10mph, second for 10-20mph, third for 20-30mph and so on. A lot of modern cars have a gear shift indicator to tell you when to change gear but you’ll also be able to work out when to change gear by the sound of the engine. If it’s struggling, change down, and if it’s loud you should change up.

When you’re slowing down to a stop in a manual car, make sure to press the clutch in before you come to a halt otherwise the car will stall and you’ll need to restart it.

How to reverse a manual car 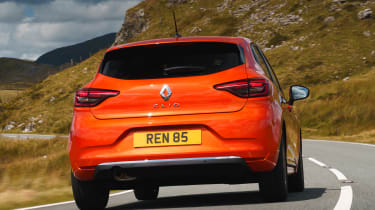 Reversing in a manual car is pretty similar to driving forwards. Make sure you come to a complete stop before putting the clutch down and selecting reverse gear, as not doing so can damage the gearbox. Once you’ve put it in reverse, hold your right foot steady on the accelerator slightly and lift your left foot slowly off the clutch.

Listening to the car is one of the best ways to drive economically - make sure you’re in the right gear so the car isn’t labouring or needlessly revving, as both will use more fuel. You can take your foot off the accelerator when going down a hill, letting gravity do the work. Driving economically also means thinking ahead; the aim is to make smooth process, rather than accelerating and braking hard continuously. It’s easier to do this if you leave a decent gap between you and the car in front and read the road ahead.

Read our guide to motorway driving or see what we recommend as the best first cars to buy.