Speeding fines 2020: how much will you have to pay?

Read our guide to discover how much speeding fines cost 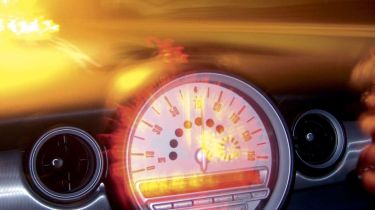 The UK Government increased fines for the worst speeding offences in 2017 in a bid to curb the number of accidents and deaths on Britain's roads. Speeding offences are split into three main categories based on seriousness, with penalties of increasing severity to match.

Most prosecuted speeding offences are likely to fall into the Band A category, which in the majority of cases will lead to a Fixed Penalty Notice (a speeding ticket). Provided you accept responsibility, you will be fined a minimum of £100 and receive three points on your licence, unless the police offer you the option of attending a speed awareness course instead of prosecution.

If you plead not guilty, you will have to go to court. If you’re found guilty in court, the potential fine increases to £1,000 (£2,500 if you’re caught on the motorway) and you may also receive more penalty points, depending on the circumstances. 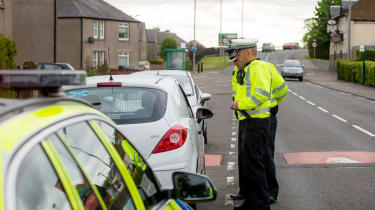 Drivers caught speeding excessively will be placed in bands B or C, depending on exactly how much over the speed limit they were. The fine for speeding if your offence is placed in these categories ranges from 75%-175% of your weekly income, up from a maximum of 100% prior to rule changes in 2017. Other punishments, including penalty points and disqualification, will also apply.

The most dangerous drivers are likely to receive driving bans that vary in length depending on the severity of the offence.

How are speeding fines calculated?

The table below shows how the bands are set in relation to speed limits.

Before the changes in 2017, fines falling under bands B and C used to equal 100% of an offender’s weekly income. That has now increased to 175%, and drivers could still be banned from driving for up to 56 days or receive six points on their licence.

According to the Government’s website on speeding penalties, the minimum £100 fine remains. Drivers caught for the first time could be given the opportunity to avoid penalty points on their licence by attending a speed awareness course instead. Not all police forces run the courses and a speed awareness course won’t be offered to repeat offenders.

The table above shows that most fines for Band A speeding will equate to half your weekly wage. In some cases, such as repeat offending, you may still be required to appear in court for a speeding conviction that’s placed in Band A, depending on the specifics of the case.

Variables including the timing of an offence in relation to previous convictions committed (if applicable), driving conditions, the population density of the area in which you were speeding or circumstances where more care was needed e.g. driving near a school or if you were driving an HGV. The same adjustments can also be made for Band B and Band C too.

Aggravating factors such as the ones mentioned above can push the offence into bands D, E and F, where the fines increase to between 200 and 700% of your weekly income (but the £1,000 and £2,500 limits still apply).

How much are speeding fines in the UK?

In the UK, drivers who are caught speeding can be fined a minimum of £100. You can also have three penalty points added to your licence. If you receive 12 penalty points or more within a three year period, you could be disqualified from driving.

New drivers will have their licences revoked if they have earned more than six penalty points within a two-year period.

In 2015, the average speeding fine was £188 for drivers caught by traffic patrol officers and speed cameras. Now that fines have risen by 50%, expect the average now to be in the region of £282.

The UK’s average salary in 2015 was £27,600, according to the Office of National Statistics. Using this as a reference, we can find out what you could pay if you earn the average UK wage.

Drivers caught travelling at a recorded speed of 36mph in a 30mph zone would be placed in Band A, so you would get three points on your licence.

However should you end up facing a judge, there are factors that could affect the severity of your sentence. Factors that reduce the seriousness include a genuine emergency that led to the offence, an absence of previous convictions or of any that were relevant or recent, and good character or exemplary conduct.

As mentioned above, factors that increase the seriousness of the sentence include, previous convictions, towing at the time of the offence, carrying passengers or a heavy load, use as a taxi, poor road or weather conditions, driving a larger vehicle such as a HGV, committing an offence on licence or during post-sentence supervision, further evidence of poor driving, and the location e.g. near a school or densely populated pedestrian area. 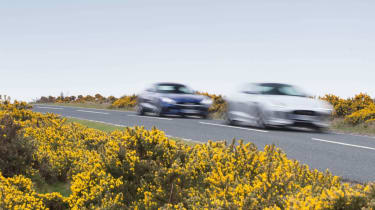 What happens if you get caught by a speed camera?

If you’re caught by a speed camera, you’ll receive a Notice of Intended Prosecution (NIP) as well as a Section 172 notice. You must reply to the police within 28 days, returning the Section 172 notice and telling them who was driving the car.

If you ignore the notice, you may have to go to court. After you’ve sent the Section 172 notice, you’ll receive a Fixed Penalty Notice (FPN) or a court summons.

You can challenge a speeding ticket either by writing a letter to the police informing them of why you believe you shouldn’t be fined for speeding, or contest it in court.

What happens if you get stopped by the police for speeding?

The police can also send you to court or issue you with a FPN. They can also give you a verbal warning.

If you drive on roads with average speed cameras, we advise you read our guide to find out how they work and how they record speeding motorists