Toyota has fallen behind a little in customer satisfaction, but its reputation for reliability is still strong, with the Toyota Avensis Touring Sports estate proving to be quite well built and offering excellent crash protection for all occupants.

An earlier version of this Avensis placed 111th out of the top 200 cars surveyed in our Driver Power 2015 customer satisfaction. No matter how you look at it, that's a poor result, but one crumb of comfort is that the car placed 47th for reliability.

Satisfaction with the Toyota brand itself has improved in the last couple of years. In our 2015 survey, it climbed nine places to eighth. A solid third place for reliability was a great showing for the brand and ninth for running costs shows the Avensis is cheap to run. Also, don’t forget that Toyota now offers a five-year/100,000-mile warranty as standard on all of its models for that little extra confidence boost. 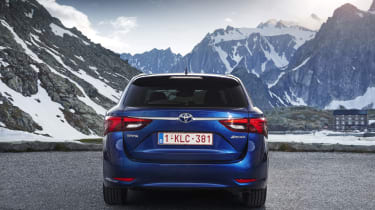 Safety is top-notch, with the Avensis securing the maximum five-star rating in Euro NCAP crash tests, including a 93% rating for adult occupant protection partly thanks to the inclusion of electronic stability control and knee airbags as standard. Also standard are ISOFIX child-seat mounts and a tyre-pressure warning system to alert you to an imminent puncture. All versions except the entry-level Active model feature a lane-departure warning system, auto-dipping headlights and road-sign detection.