While the Toyota Camry badge has been absent from the UK for more than a decade, it has remained Toyota's biggest global seller and the Japanese marque has built 19 million since 1982. A large part of its success has been down to its reputation for reliability. 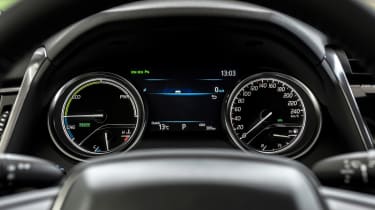 We don't foresee any major issues for the Camry, particularly because its hybrid powertrain has already proven itself to be incredibly reliable in other models. Toyota's hybrid setup is also known to be eay on items such as brakes and tyres, while the CVT automatic means there's no clutch to replace.

Toyota came 10th out of 30 manufacturers in our 2019 Driver Power satisfaction survey, with under 12% of owners reporting a fault within the first year of ownership. The result put the brand ahead of Audi, Mercedes and BMW in our rankings.