The Vauxhall Antara’s generous standard equipment extends to a pretty impressive roster of safety kit, too 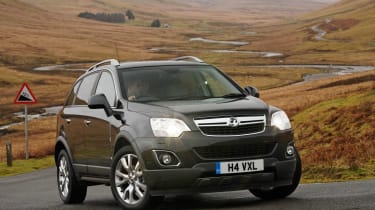 The Vauxhall Antara hasn't been crash-tested by Euro NCAP, but its Chevrolet Captiva sister model (which is no longer available in the UK) has. That car scored a respectable four out of five stars for adult occupant protection and three out of four stars for child protection. It's reasonable to assume that the Antara would perform along the same lines.

The previous version of the Antara finished a dismal 150th in our Driver Power 2014 owner satisfaction survey, while the current model reached 132nd out of 150 cars surveyed. If nothing else, it's a step in the right direction.

The latest Vauxhall Antara has yet to place in our annual Driver Power survey, but the previous model placed last in 2014 and in 132nd place out of 150 cars in 2016. This is mirrored by reliability surveys elsewhere and is backed up by the reviews left by Carbuyer’s readers. Just over half would recommend one to a friend, and a significant number said they'd had problems with the car's electrical systems.

At least for the first three years and 60,000 miles, your Antara is covered by Vauxhall's mechanical warranty. But if you’re planning to keep it after that, we'd recommend you purchase extended cover. 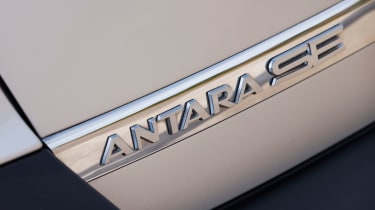 The Antara's generous standard equipment extends to a pretty impressive roster of safety kit. This includes electronic stability control and traction control for safer handling, six airbags and a tyre-pressure monitoring system. A hill-descent control system helps prevent the vehicle from 'running away' while going down steep inclines, while hill-start assist helps when pulling away on inclines.

The trailer stability program on four-wheel-drive models is a particularly valuable feature that helps control any swaying movement by automatically making small brake and throttle inputs until the trailer has been brought under control.