We haven't yet been able to accurately gauge Viva reliability, but that's not the only thing that influences owner satisfaction. Sadly, Vauxhall owners' general opinions of the brand don't do much to instil confidence among buyers.

It may come as some comfort that the Vauxhall Viva is a relatively simple car, based on technology that has been tried and tested in several markets around the world. It's actually built in South Korea and is closely related to the Chevrolet Spark.

The Viva didn't featured in our 2019 Driver Power survey but generally the Vauxhalls on the list featured towards the bottom of the top 100 cars. The Vauxhall brand also finished in a lacklustre 29th place overall out of 30 manufacturers. Just over 12% of owners reported at least one fault within the first year of ownership.

Owners told us they weren’t happy with styling or build quality, seat comfort, the way they drive, or the gearboxes and engines. They were however more happy with the infotainment systems and visibility.

It will be interesting to see how Vauxhall fares in the next few years under PSA ownership and whether the turnaround in customer satisfaction of its sister brand, Peugeot, will be repeated. 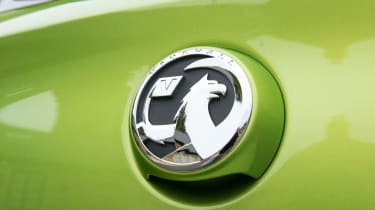 All Viva models have tyre-pressure sensors, an alarm, immobiliser and two ISOFIX points on the outer rear seats. Anti-lock brakes and electronic stability control are standard, too. Rear parking sensors and a lane-departure warning are optional features. However, autonomous emergency braking is a notable omission.

This relative lack of crash avoidance technology contributed towards the Viva receiving a four-star Euro NCAP crash safety rating when tested in 2015 – a lower rating than the Volkswagen up!, for example. More disappointingly, this score was reduced in a 2017 retest; the more rigorous updated test regime resulted in a three-star rating.