The facelifted Volkswagen Tiguan Allspace is now on sale, priced from £32,135. The revised version of VW’s seven-seat SUV gets the same styling and tech upgrades as the regular Tiguan, including a refreshed interior and a host of new safety systems. First deliveries of the new car are expected in October. 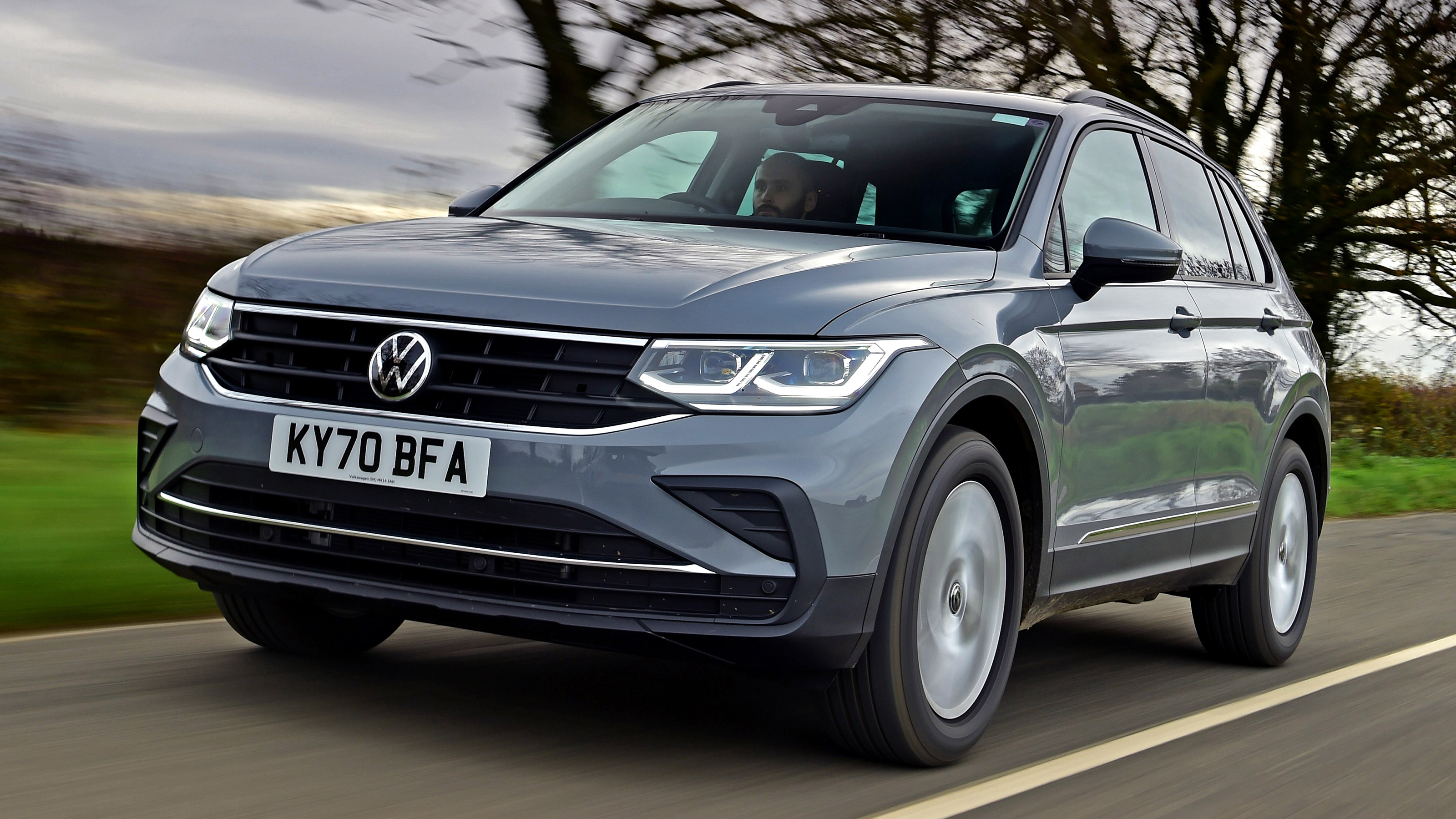 Since its introduction back in 2007, the Tiguan has become one of the best-selling SUV models on the market, bolstered by the launch of the roomier Allspace in 2017 - a longer version of the standard model. With its optional third row of seats, it offers enough room for up to seven people, making it a good option for larger families.

In terms of appearance and interior upgrades, the Tiguan Allspace follows the trend already set by the latest version of the standard Tiguan, including sharper styling details, a digital cockpit and comprehensive connectivity tech. It features new Matrix LED headlights, gets a restyled front bumper and radiator grille and sits on 18-inch alloy wheels. Buyers can also choose from a selection of new paint options called Onyx White and Kings Red.

The upgrades continue inside. The Allspace now has touch-sensitive climate controls like the ones already seen in the latest Golf. It also features a range of online-based services and functions, thanks to Volkswagen’s latest MIB3 infotainment system, which is displayed via an eight or optional 9.2-inch touchscreen. Other upgrades to the cabin include new seat covers and door panels, a new multifunction leather steering wheel and ventilation controls for rear-seat passengers.

Thanks to a wheelbase that’s 110mm longer than the standard Tiguan, the Allspace SUV offers extra legroom for rear-seat passengers, while its boot space increases from 1,655 to 1,755 litres with the two rear rows of seats folded. With the two rearmost seats folded flat, 700 litres of boot space becomes available. It can also tow up to 2,500kg.

Travel Assist, a semi-autonomous driving mode, has also been introduced to the Tiguan Allspace. This means the SUV can take control of its own steering, throttle and brakes while travelling on the motorway at speeds of up to 130mph, providing the driver keeps their hands on the steering wheel. If fitted with an automatic gearbox, however, the system will work from a standstill.

The Elegance trim starts from £36,740, and gets 19-inch alloys, a panoramic sunroof, keyless entry, an electrically operated tailgate and a 30-colour ambient lighting system. The range-topping R-Line, meanwhile, is priced from £36,710 and comes with sportier exterior styling, 20-inch alloy wheels, an R-Line-branded sports steering wheel and aluminium pedals. This model can also be specced with an optional black exterior styling pack.

Despite a streamlined trim structure, customers can still choose from a comprehensive list of options. These include a tilting panoramic sunroof, perforated leather upholstery, a colour head-up display, electrically adjustable and massaging front seats and a premium Harman Kardon sound system.

Not much has changed over the standard model when it comes to the engines available. The petrol range starts with a turbocharged 1.5-litre four-cylinder engine,which produces 148bhp and 250Nm of torque. As it’s fitted with Volkswagen’s Active Cylinder Management system, it can shut down two of the engine’s cylinders when cruising to improve fuel economy. When equipped with a six-speed manual gearbox, VW claims this engine returns fuel economy of up to 41.5 mpg with CO2 emissions starting from 154g/km.

Next up is a turbocharged 2.0-litre four-cylinder engine, which is available with two power outputs. The cheaper of the two has 187bhp, while the more expensive variant produces the same 242bhp as the Volkswagen Golf GTI. The former is only available on Elegance models, while the latter is only available on R-Line cars. Both options, however, are fitted with the same seven-speed automatic gearbox and benefit from four-wheel drive.

There are two diesel options available. Both are based on the same turbocharged 2.0-litre four-cylinder unit and are linked to a seven-speed automatic gearbox. One makes 148bhp, while the other has 197bhp. The latter comes with four-wheel drive as standard but buyers can spec the cheaper model with this as an optional extra.

Volkswagen has hinted at an e-Hybrid version of the seven-seater Allspace, which the carmaker says would be powered by the same 242bhp turbocharged 1.4-litre four-cylinder petrol engine and electric motor as the Mk8 Golf PHEV.