Five-star safety rating for the Audi A6, but owner satisfaction remains to be seen

The latest Audi A6 is very clearly a high-quality machine, inside and out. Bristling with technology and endowed with smart looks, it appears to offer the complete package. However, a verdict on owner satisfaction will have to wait until it's faced the scrutiny of our annual Driver Power survey.

The reliability of the latest Audi A6 is very hard to predict; with an all-new range of engines incorporating sophisticated mild-hybrid technology, it's unwise to draw parallels between the latest version and its predecessor. Thanks to the results of our 2020 Driver Power survey, though, we can offer a snapshot of how customers rate their Audis on the whole.

In a survey that covered 30 brands, Audi finished 21st overall, ahead of BMW (27th) and Mercedes (28th). Beating its German rivals was a hollow victory, though, as Volvo and Jaguar finished comfortably ahead and Lexus took the overall victory. 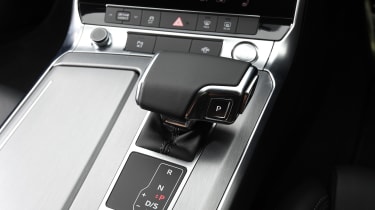 20% of owners reported at least one fault in the first year of ownership, rating build quality and reliability poorly. Owners were far more impressed with how their cars drive, with impressive performance and interior design.

As we've seen, the Audi A6 is awash with sensors and computers designed to make driving easier and safer, particularly the Tour package which incorporates active lane-keeping assistance and active cruise control. There's also a City Assist package, which adds the ability to detect traffic crossing your path ahead. The word 'package', though, gives the game away that much of this is optional equipment.

Despite some of the safety tech being optional rather than standard, the Audi A6 scored the full five stars when it was crash-tested by Euro NCAP. It received 93% and 85% in the adult and child impact protection categories respectively, as well as a 76% score in the safety assist category.