The 2 Series Gran Tourer and its smaller Active Tourer sister were something of a departure for BMW. A front-wheel-drive layout hadn’t been used by the brand before, but you can be reassured that all the car’s mechanical parts have been tried and tested in the MINI range.

While the Gran Tourer hasn’t been independently crash-tested yet, the smaller Active Tourer has, and its ratings apply to the larger model. Both have plenty of standard safety equipment to protect you and your family.

While the rear-wheel-drive BMW 2 Series placed 50th in our 2018 Driver Power survey, the Gran Tourer should be regarded separately and have yet to feature in the rankings. However, its mechanical package is shared with the MINI hatchback, and that was rated as above average for reliability.

BMW didn't rate especially well as a brand, though – it came 21st out of 26. Among disappointments mentioned by owners were build quality and interior comfort, as well as ride and handling – perhaps surprisingly. Of more concern, though, is the fact that 28.2% of owners reported experiencing at least one fault in the first year of ownership. 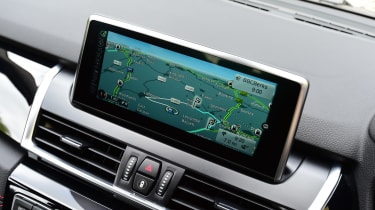 The smaller 2 Series Active Tourer secured the maximum five-star rating from Euro NCAP, which praised it for offering excellent child occupant protection. It scored 85% in this regard, and 84% for adult occupant protection. Owing to its mechanical and structural similarities, it's safe to assume that the larger Gran Tourer will perform very similarly.

A lot of safety kit comes as standard on the Gran Tourer. A vast number of airbags are featured, including full curtain ones, along with the usual electronic stability and traction control systems. Additional safety features like the Driving Assistant, which includes city braking, lane departure warning, a speed limit detector and 'Forward Collision Warning" which uses a fleet of sensors to apply the brakes if the driver doesn't respond to a potential front collision.