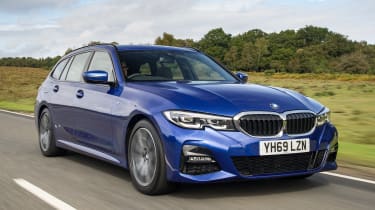 In the eyes of buyers, BMW models are held in high esteem, and this has helped boost residual values over the years. The German manufacturer's reputation for design and engineering is impressive to say the least.

Yet, perhaps in some small part as a result of these high expectations, the brand could only manage a lacklustre 27th place out of 30 manufacturers in our 2020 Driver Power owner satisfaction survey. It just managed to beat Mercedes, but finished behind Audi, Jaguar and Lexus. 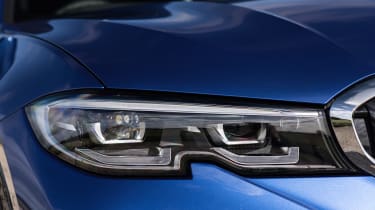 The sixth-generation BMW 3 Series is mostly new, so it's impossible to say how reliable it will be until customers have put it through its paces en mass.

Overall, a fifth of BMW owners who responded told us they'd experienced one or more faults within the first 12 months. Customers were generally impressed with the car's engines and acceleration, but felt servicing and insurance costs were high and ride comfort was a let down - something newer cars should improve upon.

Independent safety experts Euro NCAP gave the BMW 3 Series a maximum five-star rating, and this applies to the 3 Series Touring too. It was one of the best in class, with scores of 97% for adult protection, 87% for child and pedestrian protection and 76% for the standard safety kit on board.

Every version is fitted with autonomous emergency braking with pedestrian and cyclist detection as standard. Lane departure warning with steering assist is also standard, along with a system to flag up speed limits on the dashboard.