The electric BMW iX SUV now has an M-badged performance variant. Called the iX M60, it packs 611bhp and gets model-specific styling tweaks to stand out from the rest of the range. The BMW iX M60 costs £111,905 before options, or about £15,000 more than the iX xDrive50 M Sport. First cars will arrive in the summer.

Like other iX versions, the M60 gets two motors and four-wheel drive. Power and torque are both boosted, resulting in a 0-62mph time of just 3.9 seconds - as quick as a BMW M3. The top speed is 155mph, up from 124mph on the xDrive50. The M60 manages 357 miles on a charge, which is only slightly less than the 380 miles you can achieve in the xDrive50. 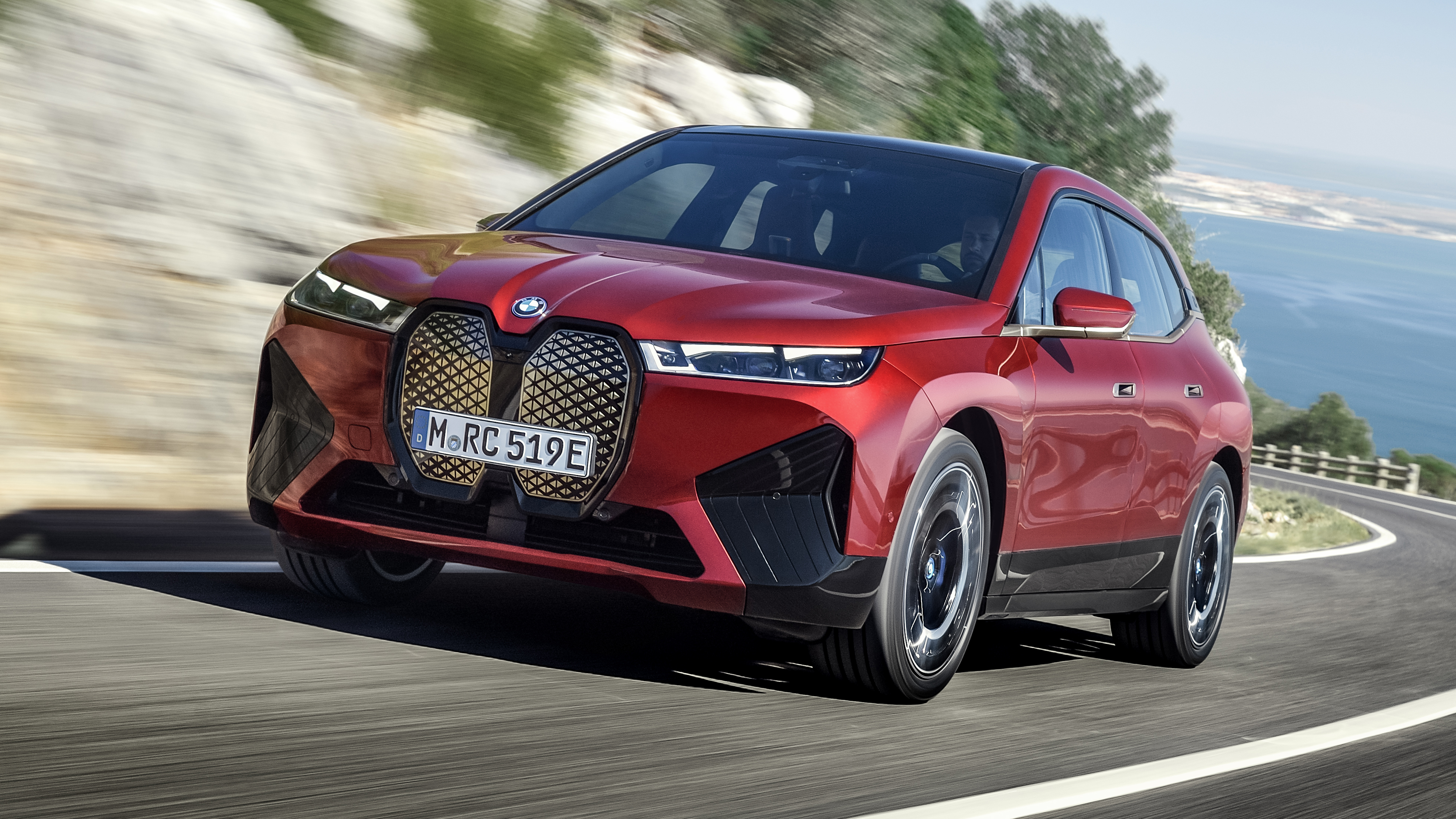 The M60’s air suspension gets a sportier tune, and, because most of the weight is kept low, the range-topping iX should be quite agile. That’s what we found when we drove lesser versions; we’d expect the M60 to be even better. Despite lots of carbon fibre and aluminium in its construction, the iX is still very heavy - as we’ve come to expect from EVs with dense batteries.

The iX M60 is marked out with Titanium Bronze detailing. Other styling giveaways include 22-inch alloy wheels and the M-badged brakes behind them.

All iX drivers get BMW’s new iDrive 8 infotainment system, which combines two large screens into one dash-mounted unit. It’s BMW’s next-generation media system, soon to feature in other models, and includes 5G internet connectivity and augmented reality sat nav. You can use your phone as a key, too.

Read our review of the BMW iX, or see what it’s up against in our list of the best electric SUVs