The Citroen C4 Cactus received four out of five stars from Euro NCAP, but it’s fundamentally a safe car

Citroen hasn't always had the best reputation for building reliable cars, and according to owners, the C4 Cactus would appear to perform badly in this area.

Underneath the Cactus’ radical-looking body are the underpinnings of the humble Citroen C3, which is part of the reason it only achieved four stars when crash-tested by Euro NCAP. To keep things simple, the original Cactus did without some of the latest hi-tech safety equipment available, but newer versions have plenty of kit to boast about. 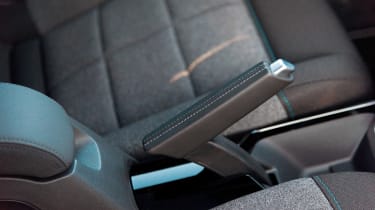 The Citroen C4 Cactus was rated poorly for reliability in our 2020 Driver Power owner satisfaction survey of cars currently on sale in the UK. Of the owners who responded, 18.3% reported experiencing a problem with their car at least once. It came a lacklustre 73rd out of the top 75 cars but Citroen’s own rating is an improvement on last year in 18th place out of 30 in our brand survey.

The most common issues across all Citroen models were the fiddly infotainment systems, including the sat-nav and Bluetooth functions, the lacklustre performances from their stereos, the small gloveboxes and the smoothness of their car’s gearboxes. Citroen owners did praise boot size, rear legroom, flexible seats, fuel economy and styling.

The Cactus comes with multiple airbags (including the world's first roof-mounted passenger airbag), electronic stability control and daytime running lights, but the pre-facelift Cactus car could only score four stars when it was crash-tested by Euro NCAP in 2014.

This rating was affected by a lack of standard autonomous emergency braking, but this technology is fitted across the board on the post-facelift C4 Cactus, so it'll be interesting to see if the crash-test body produces a new rating. The Flair trim has lane-departure warning, speed limit alerts and a system designed to warn you if you need a break or become distracted behind the wheel.