The Citroen C4 is perfectly capable of getting you from A to B without drama, but it gives you little to enthuse about too

The secret to building a great all-round car is to make it both comfortable and fun to drive and while the Citroen C4 successfully nails the former, it falls behind on the latter. On a country road, the C4's soft suspension setup allows too much body lean and the steering isn't very accurate. The result is a car that's not as much fun to drive as either the Ford Focus or the Volkswagen Golf. The C4 is at least excellent as a quiet motorway cruiser.

There are three diesel engines on offer in the Citroen C4, with power outputs ranging from just 98 to almost 150bhp. To be honest, the mid-spec 118bhp BlueHDi 120 model is the best bet. It offers better pace and fuel economy than the less-powerful models and is far more efficient, yet not that much slower than the range-topper. 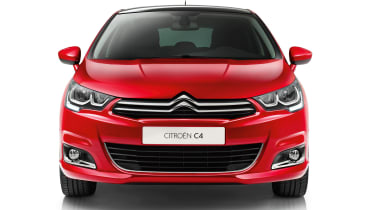 It's a smooth engine that doesn't mind being revved, but there isn't that much need to do so because it picks up with decent enthusiasm from less than 1,500rpm. As standard, it's linked to a manual gearbox that's a bit vague and clunky, but you can also specify Citroen's EAT6 automatic gearbox.

The petrol range includes two engines: the PureTech 110 and PureTech 130 – the latter with a choice of manual or automatic gearboxes. The PureTech 110 produces 109bhp and does the 0-62mph sprint in 10.9 seconds, while the 130 (our preference) is a 129bhp engine that gets the C4 from 0-62mph a tenth of a second faster.