Reliability should be good, but the Ka has fallen behind in the safety stakes

The Ford Ka’s four-star safety rating from a few years ago exposes a flaw in the Euro NCAP scoring system. Cars are scored shortly after they go on sale, but not regularly re-assessed when the test is made stricter. So, while four stars might not sound too bad, we’d expect the Ka to do a lot worse if it were subjected to today’s Euro NCAP test criteria.

Plentiful parts mean the Ka is cheap to maintain and it should also be reliable. Ford’s widespread dealer network means you’ll never be far from a qualified technician, while main-dealer labour rates are pretty reasonable.

Ford’s recent performance in customer satisfaction surveys is also disappointing. It finished 19th out of 23 manufacturers in our Driver Power 2017 survey, ahead of rival brand Vauxhall (23rd position) and trailing second-place Skoda, which makes the Citigo.

Despite this, the Ford Ka doesn’t have a reputation for going wrong and should be relatively cheap to fix if it does. The engine fitted to the Ka has been used in numerous Ford models over the years, so any major problems should have been ironed out by now. 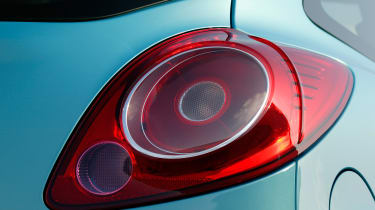 The Ford Ka’s four-star safety rating lags behind the latest city cars, and those for whom safety is a primary concern would be wise to remember that the Ka was tested before the Euro NCAP criteria were made tougher in 2009.

Front driver and passenger airbags were standard, while Ford added electronic stability control to help prevent skids, but side airbags were a £250 option on all trim levels except Titanium (where they're standard).

Although the Ka came with a pair of ISOFIX child-seat mounts, it was marked down by Euro NCAP for not labelling them clearly enough.

In contrast, the Skoda Citigo and Hyundai i10, which were subject to more stringent testing, have five-star ratings and come with side airbags across the range. The Skoda can also be specified with a city safety system that automatically brakes the car if it detects an imminent collision.