Genesis is joining the premium electric car market with the GV60, a coupe-style SUV

This is the Genesis GV60, the Korean brand’s first purpose-built electric car that will rival the likes of the Tesla Model Y and Audi Q4 e-tron when it goes on sale in Europe, either later this year or in early 2022. 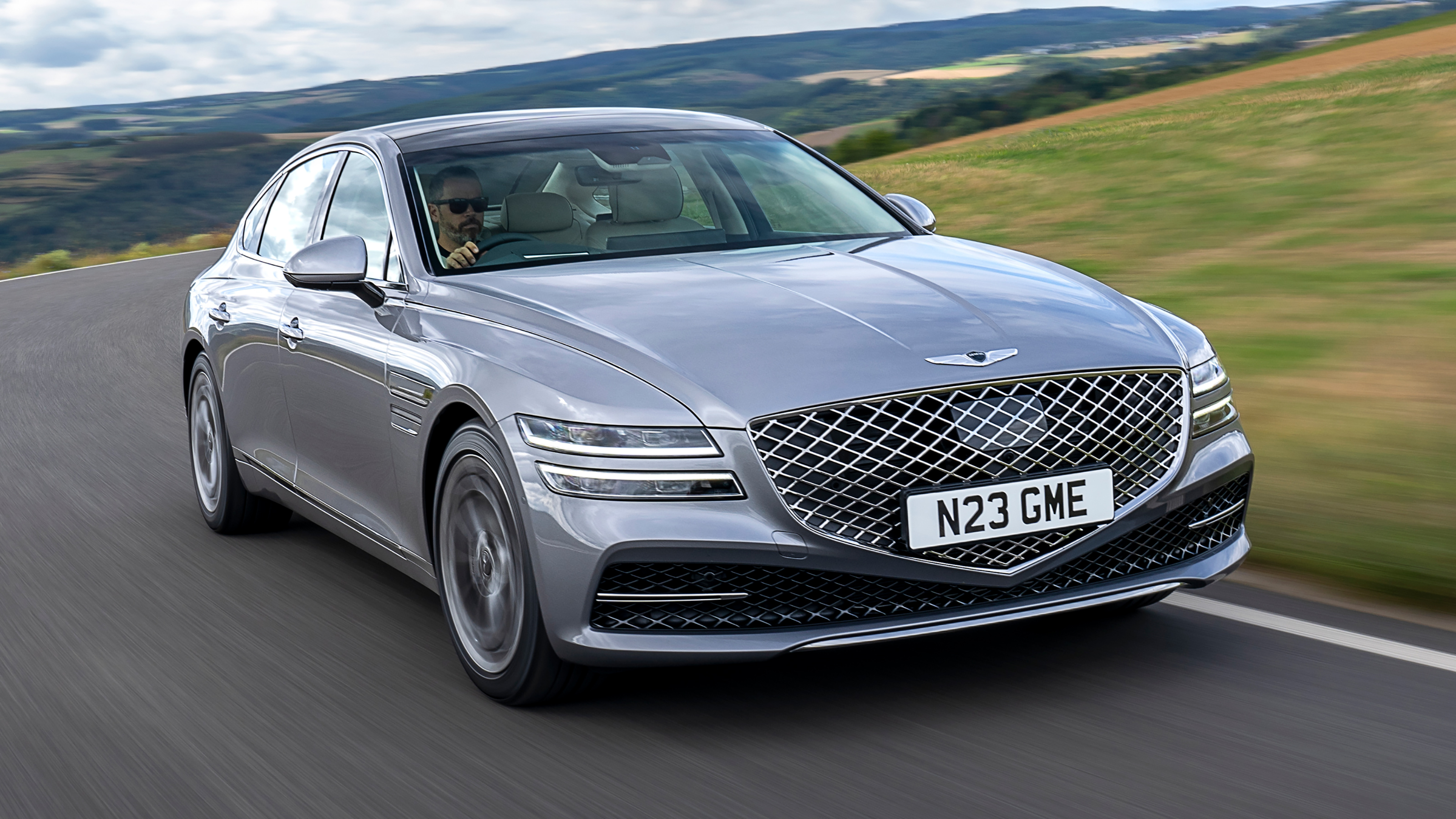 The electric coupe-style SUV is based on the same E-GMP underpinnings as the Kia EV6 and Ioniq 5, and will join the G80 saloon in showrooms to become the second electric car made by Genesis.

Although Genesis has confirmed the GV60 will come to the UK, the brand is yet to confirm when. UK cars are likely to be powered by the same 577bhp dual-motor powertrain and 77.4kWh battery as the EV6 GT, and possibly the smaller 226bhp single-motor setup with the same battery. The former will offer a range of 251 miles, while the latter could offer more than 300 miles.

Based on what we know of the EV6, the GV60 could feature the same 800V electrical system, which supports 350kW charging. This means that, when connected to a DC rapid charger, a 10 to 80% recharge should take no longer than 20 minutes.

In terms of appearance, the GV60 is a similar shape to the EV6 and uses the same split-level headlamps and large grillie found on the brand’s G70 Shooting Brake. To help improve aerodynamic efficiency, the GV60 is equipped with pop-out door handles. Traditional door mirrors have also been replaced by rear-view cameras that are linked to two small screens mounted on the door cards, much like those found in the Honda e.

The GV60 is the first Genesis to feature a clamshell bonnet, a single panel that combines the bonnet and bumpers. A chrome line flows from the windscreen a Daylight Opening (DLO) window, which extends the C-pillars. At the rear there is a fixed-wing spoiler and split-level taillights.

Inside, the cabin is designed around the brand’s design ethos of “Beauty of White Space”, featuring a simple, spacious layout. The centre console appears to float between the driver’s and front passenger seat but the instrument cluster and infotainment system look very similar to those found in the GV80 SUV. Genesis says the GV60 also benefits from a completely flat floor, increasing passenger and luggage space.