Standard safety kit is decent, but reliability is more of an unknown for the new Land Rover Discovery – but we’ll reserve judgement for now

As the Discovery is such a recently launched car, no official reliability or safety data is available just yet – but we can certainly give you some background. In summary, safety should be strong, however reliability is less of a given.

The Discovery didn’t feature in our top 75 best cars to own in 2020 due to insufficient responses but Land Rover's recent performances in our annual Driver Power survey have been rather lacklustre – the brand came 20th out of 30 manufacturers covered in 2019 and slipped to 25th in 2020.

Running costs, servicing costs and reliability scores were disappointing. Land Rover was placed last for reliability, with 35.7% of owners suffering at least one fault in the first year. These results cast a shadow over the positives for Land Rover, as there were impressive ratings for design, practicality and safety systems. 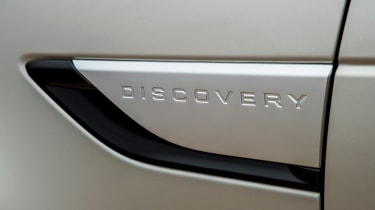 The Discovery secured the maximum five-star rating in Euro NCAP crash-testing. All cars come with driver and passenger airbags, naturally, as well as curtain airbags that run the entire length of the interior. Land Rover also fits lane-departure warning and autonomous emergency braking as standard, and this last item is a real lifesaver – it’s estimated to reduce rear-end collisions by 38%.

The optional technology pack includes a driver tiredness detection system, as well as adaptive cruise control. This matches the speed of the vehicle in front and can even follow the car ahead in heavy traffic, braking automatically and moving off once you tap the accelerator.