Maserati’s Porsche Macan rival arrives with a 523bhp V6, plus there’s an electric variant in the pipeline

The highly anticipated Maserati Grecale is now available to configure and order, with prices starting at £58,500. This new performance SUV sits below the Levante in the Italian brand's lineup and promises cutting-edge technology, a luxurious interior and a visceral driving experience. 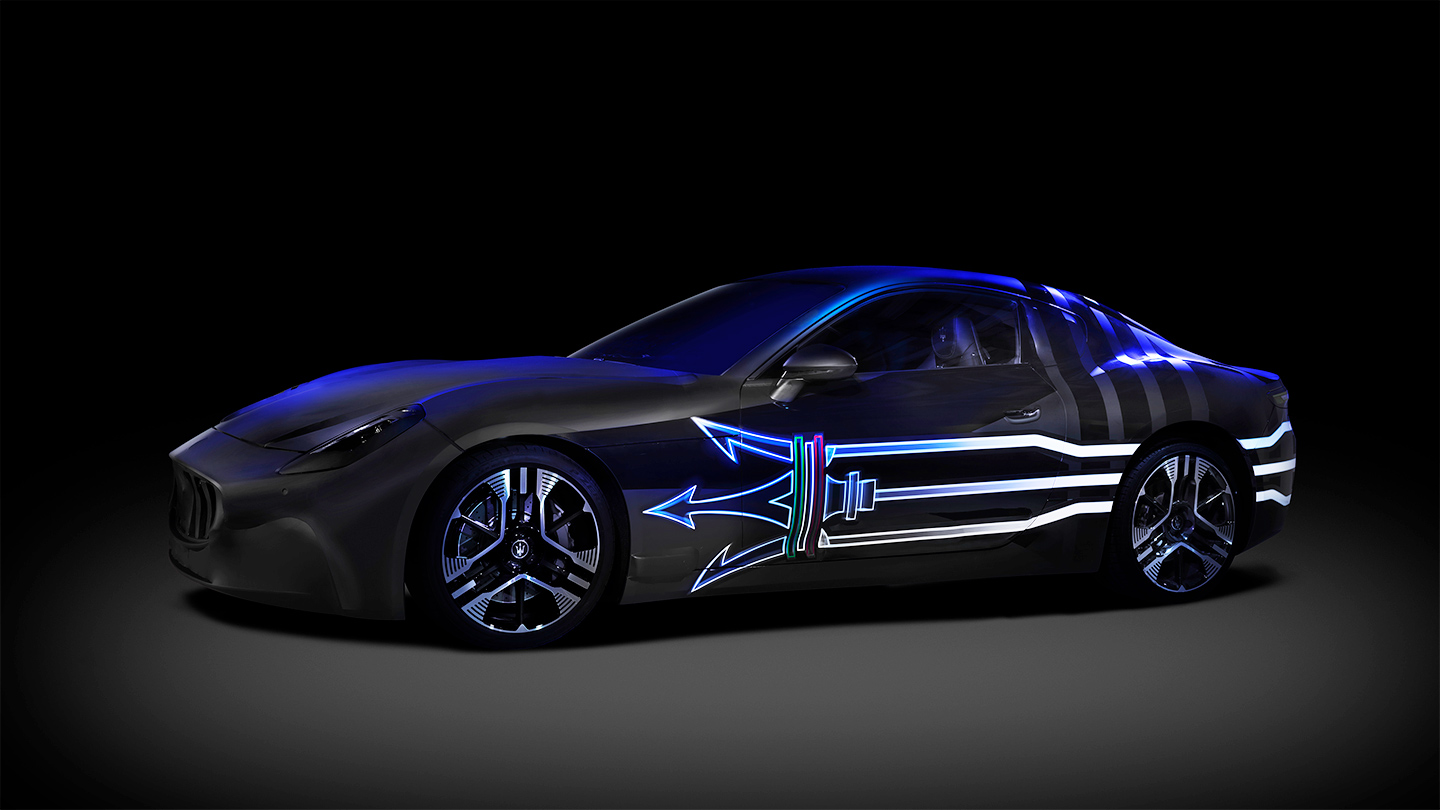 A rival to the Porsche Macan, the Maserati Grecale is offered in three variants: GT, Modena and Trofeo; each offer an ascending level of performance. A fourth, fully-electric ‘Folgore’ version is also confirmed for the future.

Originally leaked on Instagram, the Grecale’s exterior design takes its cues from other Maserati models. The high-mounted vertical headlights are reminiscent of the MC20 supercar, while the trademark tri-side vents and oval grille are also seen on the Quattroporte luxury saloon.

The Maserati Grecale measures 4.85 metres long and 1.98 metres wide. Mirroring the rest of the car, it has a relatively simple rear end design with a chrome strip running along the bootlid and into a pair of slim, trapezoidal tail lights. Being a performance SUV, the Grecale gets an aggressive rear diffuser, which is flanked by a sports exhaust system; electric models will get a different design without any exhausts.

The Maserati Grecale represents a leap forward for the brand in terms of interior technology, with a total of four screens around the cabin. The centre of the dashboard is dominated by a 12.3-inch Ultra HD Android software-powered infotainment touchscreen. This is bolstered by a separate 8.8-inch screen that controls various functions, such as the air conditioning and heated seats. Behind the steering wheel lies a configurable digital instrument cluster, while a digital clock sits atop the dashboard and acts as a reference point for the car’s voice control system - displaying appropriate graphics whenever it is activated.

To emphasise Maserati’s goal of delivering Italian luxury, the Grecale’s interior is covered in swathes of sumptuous leathers - several colours are available such as red, white, brown and of course, black. Taking inspiration from the closely related Ferrari brand, Maserati has given the Grecale a set of fixed aluminium gearshift paddles behind the steering wheel.

The Maserati Grecale shares several of its parts with the Alfa Romeo Stelvio. Just like other models in the Maserati range such as the Ghibli, buyers can configure their Grecale in three distinct versions: GT, Modena and Trofeo. These models go beyond standard trim levels as they each offer a different powertrain as well as other performance tweaks - however, all come as standard with four-wheel-drive and an eight-speed DCT automatic gearbox.

Kicking off the range is the GT model which is powered by a four-cylinder petrol engine with 296bhp. This powertrain utilises a 48-volt mild-hybrid system to either boost power in short bursts or reduce fuel consumption, depending on which of the Grecale’s five driving modes you are in. This model starts from £58,500.

The mid-spec Grecale Modena starts from £64,500. This gets a slightly more powerful 324bhp mild-hybrid unit, plus a locking differential (available as an option extra on GT-spec cars) and a 30mm wider rear end for greater traction at high speeds. It also benefits from an upgraded interior with elegant wood trims and an expanded choice for upholstery.

Sitting at the pinnacle of the range is the £95,590 Maserati Grecale Trofeo; this gets the same 3.0-litre six cylinder engine from the MC20. Here, it produces 523bhp and can propel the Trofeo from 0-62mph in just 3.8 seconds - putting it in-line with other performance SUVs such as the Mercedes-AMG GLC 63. On top of the benefits found in Modena trim, the Trofeo boasts a unique tailpipe design as well as larger, 21-inch alloy wheels and carbon fibre inlays on the exterior and dashboard. Trofeo cars also get air suspension as standard, a feature that is optional on lower trim levels.

Maserati has announced that a fully-electric version of the Grecale is coming as part of the brand’s ‘Folgore’ electrification strategy. Although full details have not yet been revealed, Maserati says this new model will utilise a 105kWh battery and an electric motor that produces up-to 540bhp and 800Nm of torque.

Looking for a car that is as sporty as it is spacious? Click here to see our top 10 best sports and performance SUVs