The Mercedes SLK is proving to be both reliable and safe, but owners have complained about the cost of maintenance.

The Mercedes brand was ranked ninth out of 33 manufacturers in the 2014 Driver Power customer satisfaction survey, dropping four places from 2013. It scored an impressive seventh for build quality, though, so no matter which model you go for, it should feel solid and well made. The SLK itself didn’t appear in the survey, but here have been no reports of widespread reliability issues with this car. 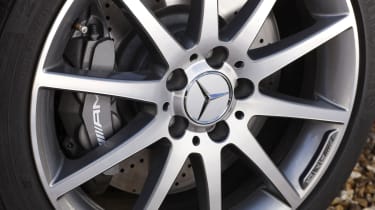 Unfortunately, the current SLK hasn’t been crash-tested by Euro NCAP, but Mercedes has a legendary reputation for safety technology and the SLK comes fully equipped with airbags and equipment to help prevent skids and reduce stopping distances. It also features a system to detect drowsiness and alert you to take a break, while there’s even an active bonnet designed to pop up in a crash to help protect pedestrians by softening the impact.

The SLK is available with high-tech features including radar sensors to monitor your over-the-shoulder blind spots and alert you of traffic you may not have seen, as well as warn you about following traffic ahead too closely. Pre-Safe can alert the driver if it detects the risk of a collision and improve braking response, or even brake automatically if the driver does not respond.