The Resolute, Untold and Untamed trims bring a host of contrasting styling accents to the MINI lineup 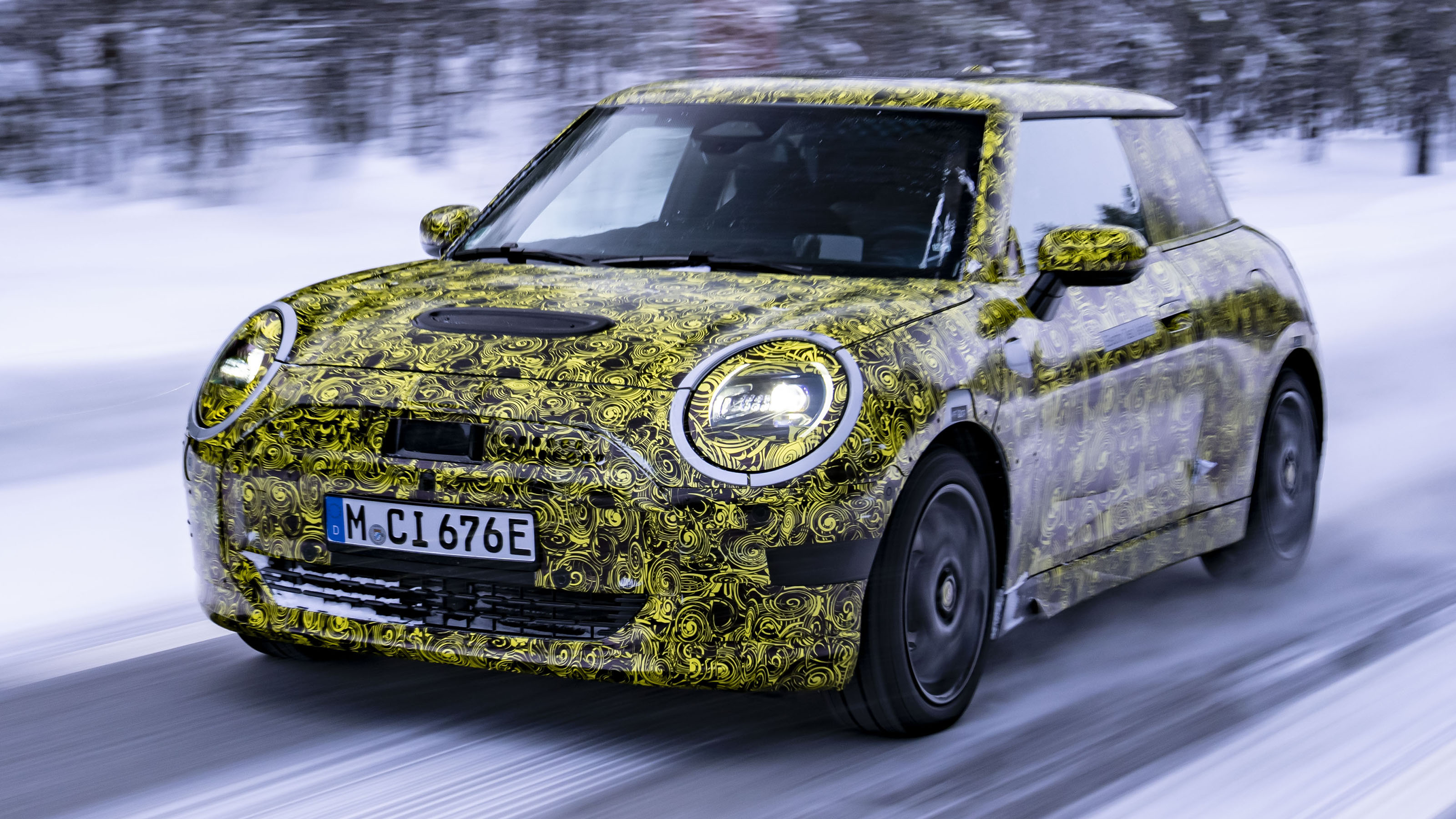 The Resolute trim kicks off the line-up and is available on the 3 and 5-door hatchback body styles as well as the MINI Convertible and MINI Electric. Prices start from £22,040 for the three-door model, £22,690 for the five-door and £25,300 for the convertible. Naturally, being an electric car, the MINI Electric Resolute is even more expensive with prices starting at £34,470. This means the new model misses out on the government's £1,500 plug-in car grant, which is limited to vehicles costing under £32,000.

Perhaps the most defining features of these cars are the contrasting ‘Resolute Bronze’ accents on the exterior, similar to that found on the Cupra Leon hot hatchback. These accents appear in several places around the car including the iconic MINI grille and headlights and in an exclusive pinstriped racing stripe design on the bonnet.

Changes continue on the inside as MINI Resolute cars feature exclusive gold-checked part-leatherette seats and a geometric pattern in Resolute Bronze on the dashboard trim. Buyers looking for a more subtle cabin can also opt for the MINI Yours Leather Lounge interior with black, perforated leather seats.

In addition, several model-specific ‘Resolute’ badges are scattered throughout the cabin. These are illuminated by the extended LED interior lighting pack which comes as standard. Also standard is the MINI Driving Modes function which can adjust the car’s setup for sporty, comfortable or economical driving. This increased level of equipment is mirrored by the other new trim levels elsewhere in the range.

For those who require more space, the MINI Clubman Untold starts from £28,400. This new specification features a lighter ‘Sage Green’ metallic paintwork as well as plenty of ‘Refined Brass’ gold highlights throughout the car’s standard John Cooper Works bodykit. These accents surround the grille and feature on a new set of 18-inch diamond-cut alloy wheels. The Countryman Untold trim also debuts a new quintuple central racing stripe design which covers both the bonnet and roof.

Stepping into the Untold, buyers will be greeted by a set of gold model-specific kick plates. The new car brings the exterior colours inside with Sage Green leather seats, an anthracite headlining and Refined Brass accents in places such as the air vents. There is also illuminated trim on the dashboard, featuring the ‘Untold’ script and model-specific badging on the Nappa leather steering wheel.

Finally, the ‘Untamed’ trim is exclusive to the MINI Countryman SUV, with prices starting from £29,750. Unlike the other two cars which feature green paintwork, the Countryman Untamed instead comes in ‘Momentum Grey’ metallic paint with an exclusive striped graphic adorning the side of the car. Much of the Untamed’s exterior trim adopts a gloss-black finish including the badging, the grille and the bootlid handle. However, just like the other two cars, this new version of the Countryman also boasts its own exclusive set of alloy wheels - this time measuring 18 inches in diameter.

Similar to the Clubman Untold, the MINI Countryman Untamed features a green leather interior - although in the Countryman, this is contrasted by silver and blue accents. Once again, the model name script is illuminated in the ambient lighting colour on the dashboard and there are several ‘Untamed’ badges scattered around the cabin.

Looking for a car that’s frugal as it is fun? Check out our list of the best fun cars under £10,000