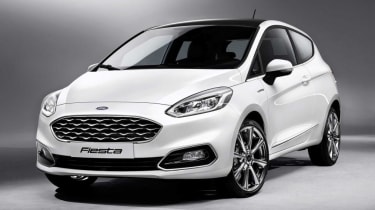 The forthcoming Mk7 Ford Fiesta will be available in Vignale form, becoming the fifth Ford available in this upmarket trim.

The Vignale range was announced by Ford back in 2013, with the 2015 Mondeo becoming the first model to wear the badge. A year later at the Geneva motor show, it was revealed the Ford S-MAX people carrier would also get the Vignale treatment, as well as the Ford Kuga and Ford Edge SUVs. 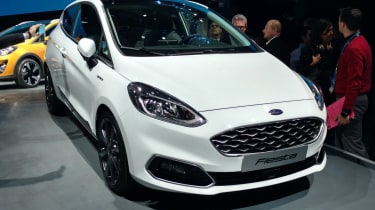 The decision to offer new Ford Fiesta – which is due to launch in early 2017 – in Vignale trim is a mark of both Ford’s faith in the name and its upmarket aspirations for this Fiesta.

What is Ford Vignale? 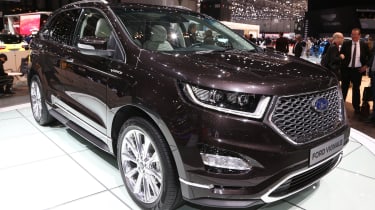 By bringing the Vignale name back to life, Ford intends to move its range upmarket. This means the Mondeo Vignale aims to compete with premium executive saloons like the BMW 3 Series and Audi A4, while it’s hoped buyers will see the Edge Vignale as a rival to the Land Rover Discovery Sport and Mercedes GLC.

But the Vignale range is more than just a high trim level. Vignale cars come with quilted leather seats, upgraded trim and the latest technology – but they’re also sold through exclusive ‘Vignale lounges’ by ‘relationship managers’ rather than salespeople.

The Vignale experience doesn’t stop once you’ve bought the car, either. Ford provides Vignale customers with 24/7 telephone support, while owners’ cars are collected from and dropped off at their homes come maintenance time, with courtesy vehicles provided as standard.

Ford is keen to position the Vignale brand as a range of its own, but a car wearing the name effectively becomes the top-spec version of its range. The Ford Mondeo Vignale, for example, is essentially a replacement for the Mondeo Titanium X Sport in the car's line-up. 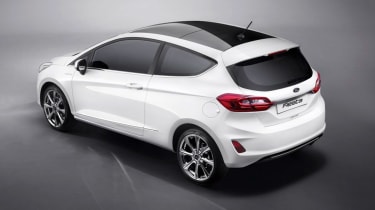 When the 2017 Ford Fiesta was officially unveiled last month, one of the biggest announcements made at the time was that the popular supermini would be available in plush Vignale guise. Although full specifications are forthcoming, the Fiesta Vignale looks set to come with the range’s signature quilted leather seats, as well as a panoramic sunroof, a high-spec B&O Play stereo, extra exterior chrome detailing and a unique front grille. 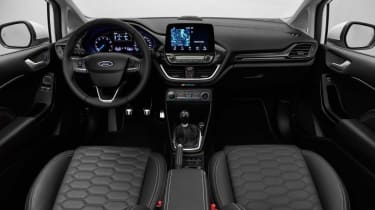 No prices have been released yet for the new Fiesta, but given all Ford’s other Vignale cars are about 30% more expensive than the corresponding entry-level model, we expect the Fiesta Vignale to command a similar premium.

The Mondeo Vignale was the first model to showcase what to expect from Ford's new premium brand and features numerous exterior and interior features that aren’t present on the other trim levels. 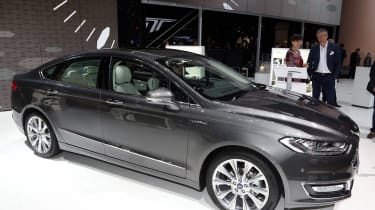 Exterior features include 20-inch alloy wheels, Vignale badges, chrome door handles, a new grille, a redesigned front bumper and new foglights. The interior is the real focus of the Mondeo Vignale, however: it includes quilted leather upholstery, luxury floor mats and leather on the dashboard and steering wheel.

The car also includes the Ford SYNC 2 system, which features smartphone integration and wi-fi connectivity, as well as LED headlights. Safety kit such as Ford’s hands-free Perpendicular Park system and traffic-sign recognition comes as standard, too. Ford has also developed inflatable rear seatbelts, that aim to "disperse crash forces across a body area five times greater than that achieved by a conventional seatbelt". 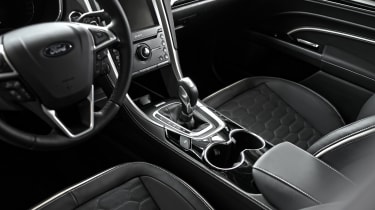 The Mondeo Vignale is offered with two versions of Ford’s 2.0-litre TDCI diesel engine and a 237bhp 2.0-litre EcoBoost petrol. Also on offer is a hybrid powertrain delivering 184bhp and CO2 emissions of 99g/km, meaning low company-car tax. The diesels can be connected to either a six-speed manual or Ford’s PowerShift automatic. A four-wheel-drive model is offered, too. Prices for Vignale versions of the Mondeo saloon start at just under £30,000. 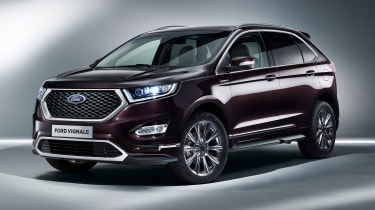 Following hot on the heels of the Mondeo Vignale are the Edge and Kuga SUVs and the seven-seater S-MAX MPV. They all get new alloy wheels, chrome exterior trim, luxuriously appointed interiors and an even better version of Ford’s infotainment system, called SYNC 3.

Controlled by an updated eight-inch touchscreen – which now comes with swipe, pinch and zoom functionality – SYNC 3 also gets enhanced voice control. For example, by simply saying "I need a coffee", "I need fuel" or "I need to park" the satellite-navigation system will automatically guide you to the nearest fuel station, coffee shop or car park respectively. 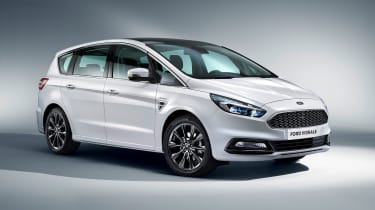 The Edge Vignale is available with a 178 or 207bhp 2.0-litre diesel engines, while the S-MAX Vignale also gets these, as well as a 237bhp turbocharged 2.0-litre petrol engine. The Kuga Vignale, meanwhile, can be ordered with a 148 or 178bhp diesel, or a 180bhp 1.5-litre turbo petrol engine. 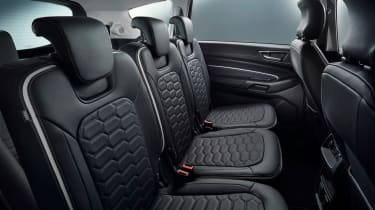 More than half of Ford's car sales in Europe are high-spec models and the introduction of a new, more expensive Vignale version for many of its models is part of a strategy to offer something to buyers who’d usually consider cars from BMW and Audi. The company suggests people who aren't influenced by brand snobbery will be drawn to their new luxury-specification cars.

Ford claims that fit and finish will be taken to luxurious new levels, as Vignale models are hand-finished by six master craftspeople and individually tailored to each customer’s needs. 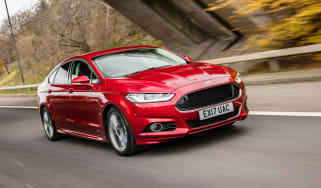