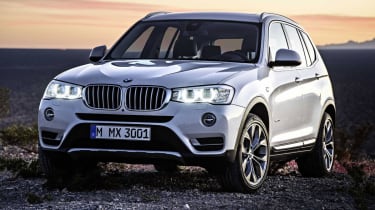 Details and pictures of the new BMW X3 have been revealed, with the car set to go on sale in the UK in June.

The revised BMW X3 features small changes to the exterior, including new headlights, front grille and alloy wheels. The bodywork of the car has been subtly changed, too, and is now more similar to the look of the bigger, newer BMW X5. The X3 range will be available in four new colours with a total of five new alloy wheel designs.

The entire X3 range will use BMW’s new TwinPower Turbo 2.0-litre and 3.0-litre diesel engines, which should provide improved fuel economy and emissions over the engines fitted in the current X3 models. BMW says the entry-level BMW X3 sDrive18d will be capable of 60.1mpg and emit 124g/km of C02.

While the basic X3 model will be rear-wheel drive, the three other models will be fitted with BMW’s xDrive four-wheel drive system. The cars higher up the X3 range will be the 190bhp xDrive20d, the 258bhp xDrive30d and the range-topping 313bhp xDrive35d. The xDrive35d will offer impressive performance, going from 0-62mph in just 5.3 seconds.

BMW has added a new xLine specification to the range, which sits between the existing SE and M Sport models. An xLine-specced car will cost an additional £1,500 on top of the SE, and will be distinguishable by metal styling touches on its bodywork, bigger 18-inch alloy wheels, as well as upgraded leather seats, copper trim and a sporty steering wheel on the inside.

BMW ConnectedDrive for the updated X3 also sees a range of optional new features added to the car. The car will be available with a full-colour BMW Head-Up Display, which projects important information on to the windscreen, an anti-dazzle high beam assistant and Driving Assistant Plus system, including lane departure warning, active cruise control and preventive pedestrian protection.

For reviews of cars in the current BMW range, visit Carbuyer’s BMW page. 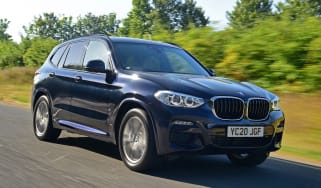