After stinging criticism, SEAT is to overhaul its dealerships for a better customer experience 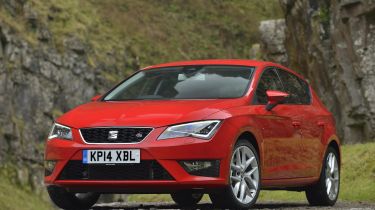 SEAT is planning to shake up its dealerships after criticism in the Driver Power customer satisfaction survey. SEAT finished 32nd out of 32 brands in the survey and was voted worst for workmanship, technical knowledge, cleanliness and atmosphere.

SEAT UK director Neil Williamson told Carbuyer’s sister title Auto Express: “We need to make sure our dealers are as good as our cars. It's a big job for us to do.”

Despite the scathing result, SEAT's cars are better than ever. The SEAT Leon hatchback has won several industry awards this year.

"It’s never good news to get a bad survey result, but this [Driver Power] was actually quite good timing. Our cars have improved quicker than our dealers and we need to correct that," continued Williamson.

"We spoke to them at a director forum in the summer and showed them the survey result. We need to address it and have started to. We will rebrand all our dealers in the next two years. They are 14 years out of date."

Every one of SEAT's dealers will be given a cosmetic makeover to coincide with the launch of the brand's new SUV in 2016. SEAT will add a further 10 dealers to the UK network, taking its total number of dealerships to around 135.

Williamson cites SEAT's past struggles as one reason for the result. He said: "It's a legacy of where we have been. Prior to the last couple of years our dealers were at best break-even. They have done really well to survive."

The success of the Leon means it's soon expected to take over from the SEAT Ibiza as the company's best seller in the UK.