The British brand, along with partner company General Motors, will provide the in-car telecoms service from August

Vauxhall and its parent company General Motors have launched their OnStar in-car telecommunications system. It provides emergency response, stolen-car tracking, a Wi-Fi hotspot and many other features using a 4G internet connection.

OnStar is already up and running in several other countries, including the US, where it’s been in service for almost 20 years. This is the first time that the technology has been offered in Europe and it’s now available in the UK and 13 other nations.

The most important service OnStar provides is emergency assistance. If the car’s airbags are deployed, the system will automatically contact the OnStar telecommunications centre and pinpoint the car’s location. An OnStar advisor will then attempt to contact its occupants and if there’s no response, the emergency services will be called.

You can also contact OnStar if you get a flat tyre or run out of fuel, so you won’t remain stranded for very long.

If your car has been stolen, OnStar will help both you and the local police to recover it. OnStar advisors can track your car and pinpoint its location, as well as blocking the ignition if it’s been reported as stolen.

An OnStar smartphone app will be available, allowing you to remotely connect with your car. It’ll also give you the ability to contact an OnStar advisor directly as well as displaying information such as tyre pressures. You’ll also be able to download navigation information, remotely lock and unlock the car, and even honk the horn or flash the headlights if you can’t find your car in a car park.

A Wi-Fi hotspot is provided, to which you can connect up to seven different devices. Passengers will have the ability to connect to 4G internet, allowing them to “stay in touch with family and friends via social media, play games, stream movies or watch TV via their favourite app or work while away from the office,” according to Vauxhall.

OnStar advisors can provide monthly check-ups on your car, giving you an in-depth analysis of its current condition. This can be requested at any time and is particularly useful it you’re planning a long-distance drive.

If you're worried about being spied on or having your data collected, there's a privacy button that switches off most of the connection's functions, other than the essential SOS emergency button. 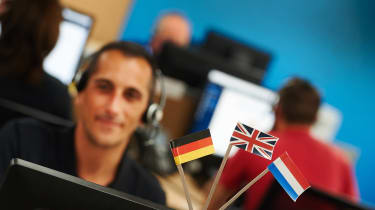 The OnStar European headquarters in Luton, Bedfordshire is multilingual to ensure that all European callers are catered for. Each car’s infotainment system is registered to its home country, so you’ll always get your native language, even if you’re driving in another country.

The Luton headquarters has recently added 120 jobs to meet the needs of the new service. Brian McCreavy, OnStar’s region manager for Europe, said: “During ramp-up, between August and the end of 2015, we expect to take around 90,000 calls, before growing to 400,000 calls next year.”

The service will become fully functional in August, as it debuts in a number of Vauxhall models. The next model of the Astra hatchback, which will arrive at the Frankfurt Motor Show in September, will be the first all-new Vauxhall model to feature the service.

The OnStar service was awarded the Technology Award 2015 at the 2015 Auto Express New Car Awards at the end of June.