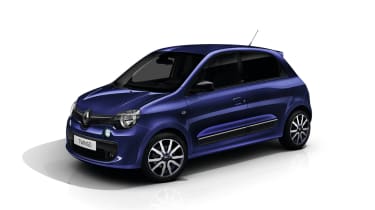 Special editions of the Renault Twingo, Renault Clio and Renault Captur have been announced. They go on sale on Tuesday 1 December and the first deliveries are expected before Christmas.

Called Iconic, the cars all feature more equipment, as well as some exterior upgrades, but the available engine and gearbox combinations are unchanged.

Based on the Dynamique version of the Twingo city car, the Iconic special edition adds a host of extra equipment, as well as some exterior features. 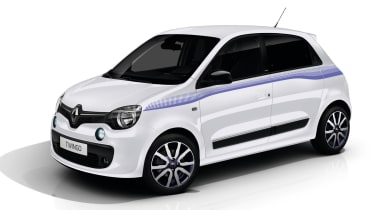 The Twingo Iconic gets 16-inch alloy wheels (also available in black) as well as part-leather upholstery. There’s also rear privacy glass, black-and-white piping on the seats and a choice of either matt violet or gloss black interior trim. Climate control is also thrown in, along with automatic headlights and windscreen wipers. 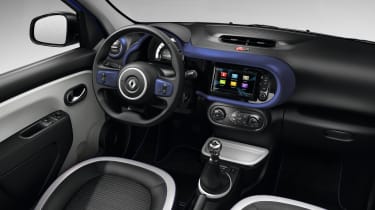 Outside, you’ll find decals in the same shade as the interior trim, while there are also two new metallic paint colours – Lunar Grey and Ultraviolet. Engine and gearbox combinations remain the same as for the standard Twingo.

The snappily titled Clio Iconic 25 Nav has been released to celebrate the Clio being on sale in the UK for 25 years. This special-edition model is only available with two engines from the Clio range: the 89bhp petrol and diesel. 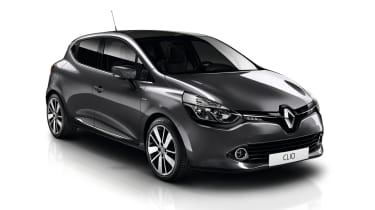 Performance, efficiency and running costs are unaltered from the standard Clio Dynamique S, on which the Iconic 25 Nav is based.

Rather than equipment upgrades, this version majors on cosmetic changes. There are four new paint colours to choose from – Ivory, Diamond Black, Oyster Grey and Mercury – as well as chrome detailing around the windows.

The Clio Iconic also gets tinted rear windows and rear screen and door mirror caps with a white crosshatch design on them. You can also choose to have this design repeated on the roof. 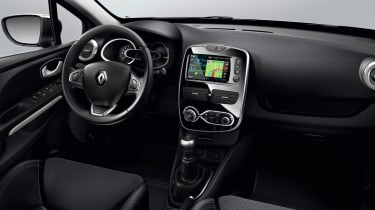 This theme continues inside, with black-and-white cross hatching dotted around the cabin. You also get part-leather upholstery, a leather handbrake, leather steering wheel and an aluminium gear knob. Prices for the Clio Iconic 25 Nav start at £16,775.

This version of the Captur compact crossover completes the range of Iconic special editions. It costs the same as the standard Captur Signature Nav, but gets extra equipment, paint colours and visual upgrades over the Dynamique S trim on which it’s based. 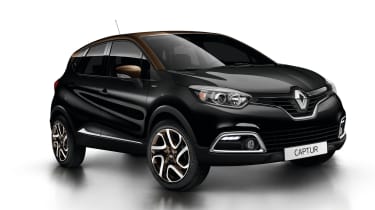 A two-tone exterior is standard, with a choice of six paint colours and either a black, ivory or ‘Cappuccino’-coloured roof. The paint colours are Diamond Black, Ivory, Cappuccino Brown, Oyster Grey, Stone and Mercury. 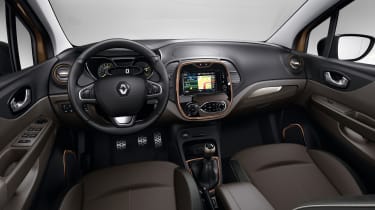