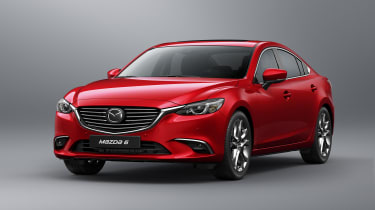 A revised Mazda6 is set to debut this autumn, with the company promising greater driver appeal, improved safety and a quieter, more comfortable ride for passengers in its mid-size saloon.

The Mazda6 is one of our favourite large family cars, and the improvements announced by Mazda strengthen its case against talented Ford Mondeo and Volkswagen Passat, as well as increasing its scope for taking sales from the premium BMW 3 Series and Audi A4. 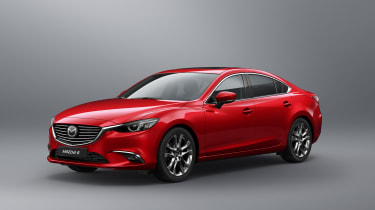 The Mazda6 facelift includes a new system Mazda calls ‘G-Vectoring Control’ (GVC), which adjusts the output of the engine depending on your steering inputs, while the car’s diesel engines are now quieter and more responsive.

Engine choice has been expanded, too, with a 186bhp SKYACTIV-G 2.5-litre petrol joining the range alongside 143 and 163bhp versions of the 2.0-litre petrol. The diesel engines have also got more power, with the SKYACTIV-D 2.2-litre now available in 148 and 173bhp versions, with either an automatic or manual gearbox. 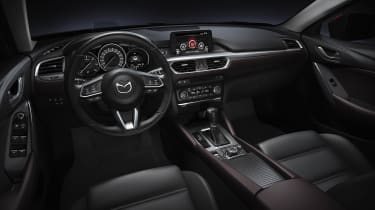 Passengers stand to benefit from Mazda’s improvements in engine technology, too, with excess noise being limited at source leading to less engine noise entering the passenger compartment. Attention has been paid to sound insulation all over the car’s structure, too, while improved door seals and tighter panel gaps mean a reduction in noise from outside.

The Mazda6 also benefits from improvements to the driver’s environment with a new high-resolution heads-up display offering full-colour graphics, as well as an improved 4.6-inch colour information display in the instrument cluster. A new steering wheel design finishes a refreshed interior package.

A raft of new safety features, which Mazda groups together under the name ‘i-ACTIVESENSE’, will also be introduced. These include an improved automatic city braking, able to react to a wider range of traffic speeds than before, as well as traffic-sign recognition that can identify no-entry signs as well as speed limits and provide acoustic alerts if the need arises. 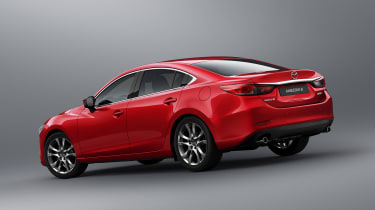 The handsome, muscular design of the Mazda6 is little changed for the 2017 model year, with the majority of updates occurring under the surface.

A new exterior colour, Machine Grey, has been added, while the Mazda6 will still be available in the same saloon and estate versions as before, with strong overtones of Mazda’s KODO design language seen in muscular haunches over the rear wheels and the five-sided Mazda grille prominently displayed on the nose.

Pricing has yet to be confirmed for the latest Mazda6, expected to go on sale in autumn 2016, although we’d expect them to be slightly higher than before.