New style and tech for updated Lexus IS 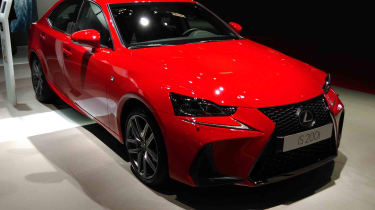 The Lexus IS has always been an appealingly competent car and Lexus is hoping its latest round of updates will make it even more so. 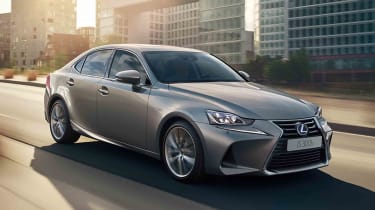 The first thing you’ll notice is a new front-end design. The IS always been very much a Lexus, but now new headlights and more pronounced air intakes have brought it in line with the company’s latest design philosophy, seen on the Lexus NX and Lexus RX SUVs. 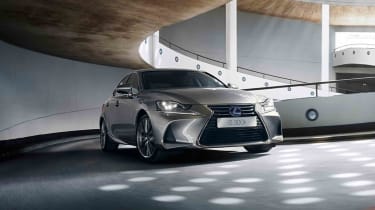 Inside, the changes are subtler, but welcome nonetheless: the infotainment screen has grown from seven to 10.25 inches, while the polarising control knob – Lexus’ ‘Remote Touch Interface’ – has been made easier to use and now includes an ‘Enter’ button. The latter is thought to be a direct response to customer feedback – there were complaints that pressing the knob itself to select an item caused it to move on its axis, leading to unintended operations (previous version pictured). 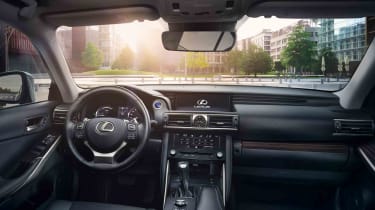 Smaller changes include some revised dashboard materials and subtle alterations (like new dial markings for the analogue clock) to keep things looking fresh, as well as some new paint colours to choose from.

Under the skin, the IS benefits from new suspension components and remapped programming for the electric power-steering system. These changes should lift the IS’ competent but slightly staid driving experience; its rear-wheel-drive setup hasn’t previously been made the most of, in comparison to the genuinely involving BMW 3 Series, at least. 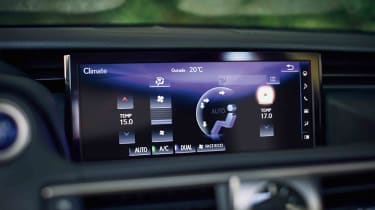 The IS’ engines remain unchanged, so buyers still have a choice between a 2.0-litre turbocharged petrol or 2.5-litre petrol-electric hybrid. Most IS customers opt for the latter and, while Lexus’ decision to wilfully shun diesel power may make sense at some point in the future, it continues to preclude the IS from appearing on some buyers’ shopping lists for now. 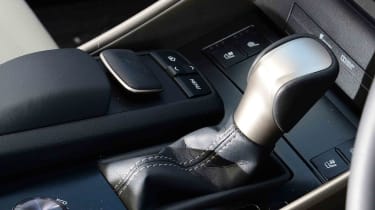 Other changes include the addition of Lexus’ Safety System+, which packages together autonomous emergency braking, a lane-departure warning system, auto-dipping headlights and adaptive cruise control – although the majority of these features were previously bundled under the name ‘Advanced Safety Pack’. It’s slightly disappointing to see they continue to be offered at what Lexus calls ‘an attractive price’, rather than being standard fare.