The best movie cars ever

These are the top 12 best cars from famous films, as chosen by you 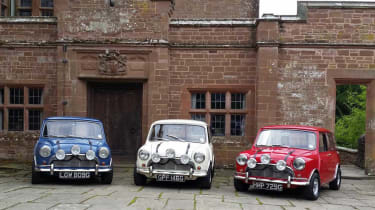 Whether encapsulating the the freedom of the open road, giving unspoken extra detail as an extension of character or used simply as a prop to set the scene, the car has long been used in film to great effect.

A golden era of ‘car films’ can be roughly plotted as existing somewhere between the late 1960s and early 1990s – a period when the output of car manufacturers was wide and varied and – arguably – much more characterful than today’s offerings.

It’s no surprise then that our list of the Best Film Cars, as voted for by Carbuyer readers, should include both a hot-rod Chevy and a Peugeot 406; there’s a car to suit every role and when filmmakers get it right, the results can be spectacular.

There are a few famous omissions from our list, but we’ve tried to include some automotive stars that perhaps don’t get the recognition they deserve. However, some cars were simply too iconic not to feature – as the results of our poll seem to confirm.

The Mini’s starring role in The Italian Job helped to fortify its place in popular culture, not to mention providing a cheeky British charm that fitted right in with the tone of the plot. The film’s feature-length car chase sees the three Minis perform some of the most memorable driving stunts in film history. 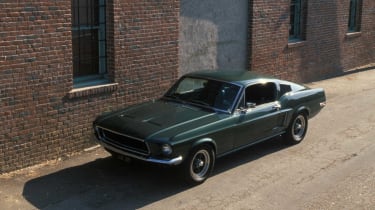 The 1968 Ford Mustang GT Fastback driven by Frank Bullitt – played by Steve McQueen – in the 1968’s Bullitt is one of the most recognisable muscle cars in cinema. Driven in anger in pursuit of a Dodge Charger R/T through the streets of San Francisco, the car’s debadged grille, ‘Highland Green’ paintwork and roaring V8 made it an instant, menacing icon. 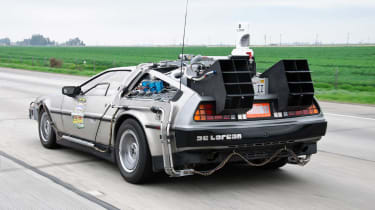 If earlier versions of Back to the Future’s script had been stuck to, its iconic automotive centrepiece could have been replaced by a fridge – luckily, that wasn’t the case and the DeLorean DMC-12 went on to become one of the most beloved on-screen cars ever. The DMC-12’s starring role has made it a cult classic despite its flaws as a car. 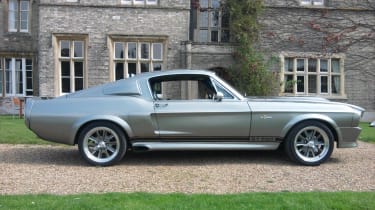 Gone in 60 Seconds – a 2000 remake of the original film of the same name – featured a heavily customised Shelby GT500 in a starring role. Set apart by its modern bodykit, large wheels and silver paintwork, the car’s significance in the film was matched by its instantly unforgettable on-screen presence. 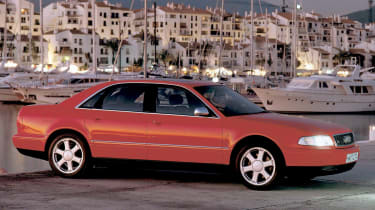 As the preferred vehicle of a specialist driver in a team of estranged ex-special forces agents depicted in the 1998 thriller Ronin, full use was made of the Audi S8’s 355bhp, 4.2-litre V8 and quattro four-wheel drive system. It resulted in some of the most exciting car chase scenes ever committed to film. Other large, powerful cars to join in on the action included a BMW M5 and a Mercedes 450 SEL 6.9. 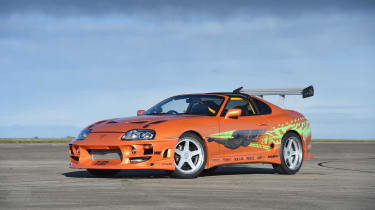 6. Toyota Supra – The Fast and the Furious

With its loud graphics, bright paint and huge spoiler, the modified Toyota Supra featured in The Fast and Furious cemented the early-2000s car modification scene in the minds of an entire generation. Other fan favourites from the film included modified examples of the Mitsubishi Eclipse, Honda Civic and Volkswagen Jetta. 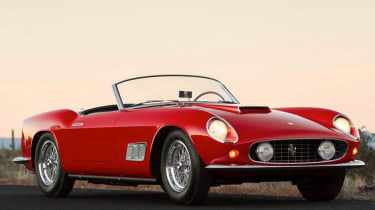 Film-lovers can’t think of the 1986 John Hughes film Ferris Bueller’s Day Off without picturing a bright-red Ferrari blasting through the streets of Chicago. Most of the cars used in the film were replicas (one of which sold in 2013 for over $230,000), but the genuine article was used to film close-ups. 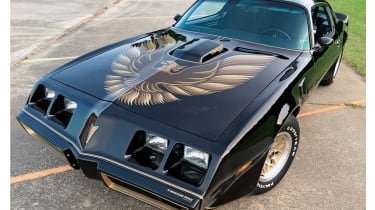 8. Pontiac Firebird – Smokey and the Bandit

Muscle cars have been a cornerstone of film since they first arrived in the 1960s, but few are as iconic as the black-and-gold Pontiac Firebird starring in 1977’s Smokey and the Bandit. None of the four cars supplied for use in the film survived filming, but an original promotional car sold in 2016 for over half a million dollars. 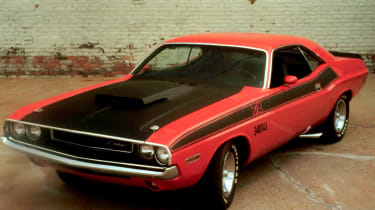 Much like Two-Lane Blacktop, Vanishing Point was a film with a focus on the enduring appeal of the open road. A white Dodge Challenger R/T 440 Magnum was the star of the show and has since become an icon of 1970s cinema. A Jaguar E-Type also makes an appearance in the film, albeit rather briefly. 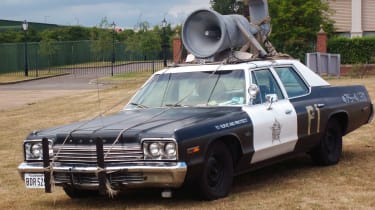 Famous for its great music, dry humour and comically-destructive car chases, 1980’s The Blues Brothers can also be remembered for its star car – a clapped-out 1974 Dodge Monaco police car with a speaker strapped to the roof that was used by the film’s main characters on their ‘mission from God’. 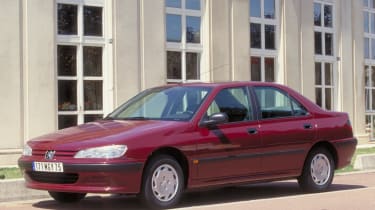 A Peugeot 406 is the last car you’d expect to take pride of place in an action film all about speed, but the car’s star turn in the 1998 action-comedy film Taxi relies precisely on unlikeliness. As a modified taxi with a souped-up engine, aerodynamic aids and even automatic rear-seat sick bags, the car was a great visual gag in itself – albeit one that features in some great car chases. 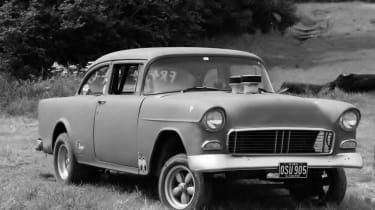 With singer-songwriter James Taylor in the leading role, Route 66 as the backdrop and a fully drag-prepped Chevy Bel Air as the automotive star, Two-Lane Blacktop is a film that captured the feel of 1970s America perfectly. Other period-correct cars featured in the film include a Pontiac GTO and a Chevrolet El Camino.