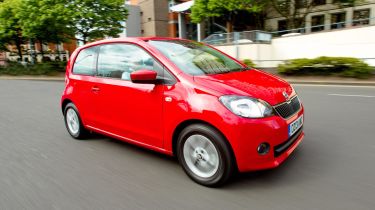 The Skoda Citigo, Volkswagen up! and SEAT Mii have been named the three safest used cars for first-time drivers, while the Toyota Yaris and Kia Rio rounded out the top five.

The report considered superminis with a combination of a five-star Euro NCAP crash-test rating, CO2 emissions of 120g/km or less and a low insurance rating that are available on the used market for less than £5,000.

Co-op Insurance, together with vehicle safety experts Thatcham Research, ranked the shortlisted models against a further range of criteria, including ratings for adult and pedestrian protection and the standard fitment of Electronic Stability Programme (ESP) and the availability of Autonomous Emergency Braking (AEB).

According to Co-op Insurance, 41% of young drivers have been involved in a road traffic collision when driving. Of these, 29% occurred in the first six months and 15% between six months and a year after they started driving.

Despite this, safety is a priority for just 11% of those choosing a their first car. In comparison, price, cost of insurance and how much the car will cost to run are the top priorities for 75, 63 and 43% of buyers respectively.

Thatcham Research’s Matthew Avery said: “My advice to parents buying their child a first used car: do not buy the oldest or cheapest car you can find. There are plenty of good deals out there for newer secondhand cars that have a five-star Euro NCAP test rating and are fitted with ESC and AEB as standard.”