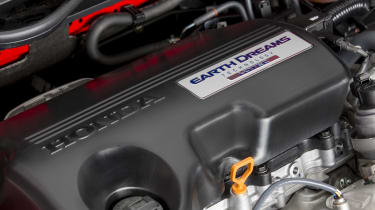 Honda has released full pricing information for diesel versions of its latest Civic hatchback, ahead of its showroom debut in February.

The Honda Civic is already on sale with petrol engines that range from a 1.0-litre to the 320bhp 2.0-litre in the boisterous Civic Type-R. A diesel was promised to arrive later on and is now just around the corner, with prices starting at £20,120.

The engine is a thoroughly redesigned version of the 1.6-litre i-DTEC seen in the previous Civic. Rated at 118bhp, it's said to return a genuine 76mpg according to a new, more representative method of fuel-economy measurement. Its launch gives Honda a rival to diesel-powered versions of the popular Vauxhall Astra and Volkswagen Golf.

The diesel Civic is one of the first cars ever tested under the latest Worldwide Harmonised Light Vehicle Test Procedure (WLTP). This has been designed to use real-world driving data from different locations to produce economy and emissions figures closer to those experienced by owners, instead of results recorded in a laboratory. Under the WLTP procedure, the Civic’s CO2 emissions were found to be 99g/km.

Although Honda engineers concentrated on reducing engine friction in pursuit of fuel economy, the alterations are also said to bring greater smoothness. And, while the quoted economy figure is slightly down on the 78.5mpg of the old diesel Civic, Honda says that’s because the old model was tested under the controversial NEDC test, which has come under fire for producing unrealistic figures. 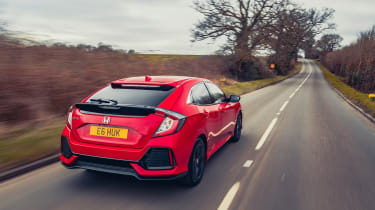 Initially available only with a six-speed manual gearbox, the Honda Civic diesel range opens in S trim, priced at £20,120. SE and SR models come next, with EX topping the range at £24,925. The EX can also be ordered with a £600 'Tech' pack that includes LED headlamps and foglights, wireless phone charging and heated rear seats.

An automatic version is promised for the summer, and prices will be announced shortly before it goes on sale.