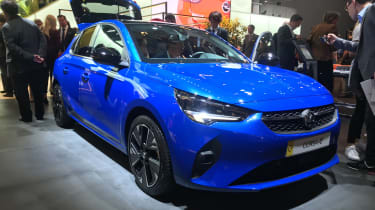 The Vauxhall Corsa-e, the brand’s first electric supermini, has been unveiled at the Frankfurt Motor Show. Order books are open now; you’ll need to pay a £500 reservation fee to secure your order, with the first 500 customers eligible for a free home charging point.

The Corsa-e manages an impressive 205 miles of range but will be substantially more expensive than the rest of the range. While prices for petrol and diesel models are yet to be revealed, the Corsa-e will cost from £26,490, including the £3,500 plug-in grant from the Government.

Two trim levels are available on the Corsa-e, and both are well equipped. A seven-inch touchscreen with sat nav and DAB radio is included, alongside LED headlights, alloy wheels, rear parking sensors and an 11kWh on-board charger. 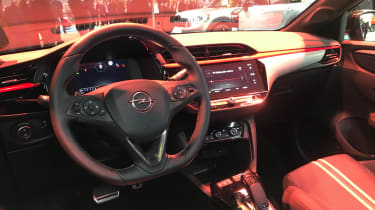 Using a fast-charger, you’ll need just half an hour to charge the battery back up to 80%. Vauxhall has included an eight-year/100,000-mile warranty on the battery, which guarantees it against dropping below 70% of its original power. The Corsa-e is likely to offer the best performance of the range (at least until a hot Corsa is revealed), with 0-62mph taking 8.1 seconds.

Vauxhall has focused on making the car attractive on PCP finance, giving a representative example of £270 per month with a £5,549.40 deposit. A larger range of safety kit, and a 10-inch touchscreen infotainment system with Apple CarPlay and Android Auto, are among the options.

The next-generation Vauxhall Corsa has a tough task on its hands. The Corsa has always proven popular among young drivers and driving schools, but the Ford Fiesta, Volkswagen Polo and SEAT Ibiza are tough rivals to overcome. However, by offering a wider range of powertrains than rivals, Vauxhall aims to give its supermini the upper hand.

Vauxhall is part of the PSA group, which also owns Peugeot, Citroen and DS, and the Corsa will share its 'CMP' mechanical platform with the DS 3 Crossback SUV and the next Peugeot 208. The new models form an important part of PSA's commitment to new electrified models over the next decade, which will include a plug-in hybrid version of the Vauxhall Grandland X. 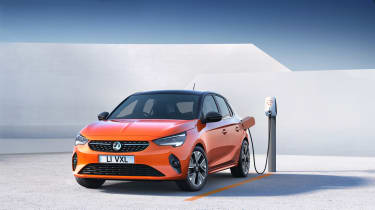 The next Corsa will be the first new Vauxhall since the Luton-based brand joined PSA. As before, it'll be all-but identical in Vauxhall and Opel forms, and will be built in the Opel/Vauxhall plant in Zaragoza, Spain. The Corsa's CMP platform will also form the basis of other compact PSA models, but it's the platform's suitability for electric power that's perhaps the most significant news for Corsa fans.

Engineering for every forthcoming Vauxhall/Opel model will be carried out at Opel's Russelsheim HQ in Germany, providing 'German DNA', according to Lohscheller, and giving them distinct differences to ensure they are true Vauxhalls and Opels, not badge-engineered Peugeots or Citroens. Research into new technology, including autonomous driving systems and fuel cells, will be all be conducted from Russelsheim, which will become a centre of excellence. 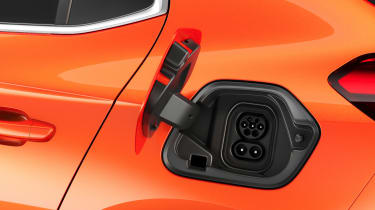 Improvements in the reliability and build quality of Vauxhall and Opel models will also boost customer satisfaction, according to Lohscheller. In our 2019 Driver Power owner satisfaction survey, Vauxhall came 29th out of 30 manufacturers, and the Corsa finished 92nd out of 100 cars ranked. It’s also expected that the sales process will be updated, with more online innovation.

Read our round-up of the best small cars and superminis to see what the new Corsa has to beat.