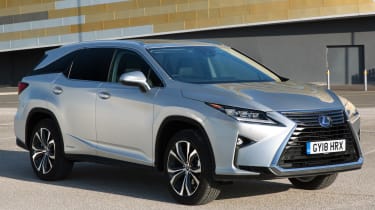 The Lexus RX L – the seven-seat version of the RX SUV – is available to order now, with cars delivered to first customers in May. Lexus has made full prices and specs available, and explained the thinking behind its versatile interior.

Competing with the Land Rover Discovery and Volvo XC90, the RX L is the first seven-seat Lexus to be offered in the UK. Lexus says its interior concept isn't just about maximising the number of occupant, though – it claims that all on board enjoy the best possible comfort.

Best seven-seat cars you can buy

This ethos is summed up by Lexus' use of the Japanese word omotenashi, which translates as 'the spirit of selfless hospitality'. The brand claims the RX offers "seamless Lexus luxury and the hospitality thinking that ensures the needs and comfort of everyone on board are taken care of". 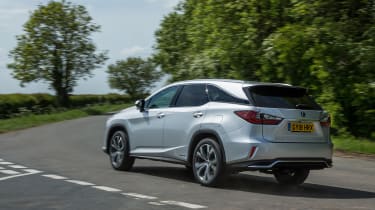 Those in the second row are first to experience this attention to detail, with trip risks minimised by the elimination of levers and catches from the seat-folding mechanism. Instead, there are one-touch knobs that slide the second row forwards, while a built-in footstep makes access to the third row straightforward. There's also three-zone air-conditioning, so even those in that third row can set their own heating and ventilation preferences, as well as being provided with cup-holders and USB charging points.

The slightly raised third row of seats, which is claimed to be just as comfortable as the second row, is still only intended for occasional use – Lexus suggests "for a family trip or a night out with friends" – and second-row occupants are treated to a 150mm range of fore and aft adjustment when the third row is folded away. Lexus claim that to be the greatest sliding range of any premium seven-seat SUV. The additional interior space has been made by increasing the car's overall length by just 110mm, while a steeper tailgate window maximises headroom in the third row.

The RX L is a virtual match for the smaller RX when it comes to specification across its SE, Luxury and Premier trim levels. Luggage is kept out of sight thanks to a tonneau cover that operates on rails and the car is also fitted with curtain airbags that provide protection for occupants in all three rows of seating.

The familiar hybrid powertrain of the standard RX 450h is carried over; it comprises a 3.5-litre V6 petrol engine and electric motor producing around 300bhp. Exact performance and economy figures haven't yet been released. As with other Lexus models, no diesel engine will be offered. 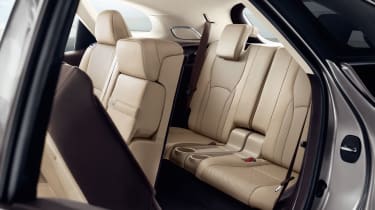 On-the-road starting prices have been released for each of the available trim levels. The range starts at £50,995 for the SE, climbing to £54,095 for Luxury and £61,995 for range-topping Premium. The RX L costs £2,350 more than the equivalent standard RX in SE and Premium trims and £2,450 in mid-range Luxury form.

Moving up to the Luxury model adds extras such as 20-inch alloy wheels, the premium infotainment system, a wireless phone charger, rain-sensing wipers and upgraded LED headlights with sequential indicators.

The arrival of the RX L comes as Lexus prepares to release its compact SUV, the UX, which was revealed at the Geneva Motor Show in March. The new model will go up against the BMW X1, Audi Q2, Mercedes GLA and Volvo XC40 when it arrives towards the end of the year.