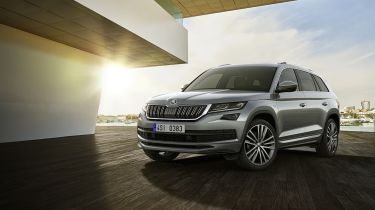 It has been confirmed that the flagship Skoda Kodiaq Laurin & Klement will cost from £35,945. The new top-spec SUV is available to order now, with prices starting at £35,945.

This will get you the 148bhp 2.0-litre TDI and a manual gearbox, while the Kodiaq L&K comes with four-wheel drive as standard. The 187bhp 2.0-litre TSI petrol will cost from £37,020, while the automatic 148bhp diesel is just a few hundred pounds extra. The 187bhp automatic diesel tops the L&K range, costing from £38,105. This is around £2,500 more than the Edition model, but according to Skoda, adding its extra kit from the options list would cost more than £3,000.

The Laurin & Klement specification (named after the company's founding partners) has been a staple of larger Skodas for many years. For the Kodiaq, it brings a chrome grille, a set of 19-inch Sirius alloy wheels, full LED headlights, L&K badges and a different front and rear bumper designs to set it apart from the rest of the range. 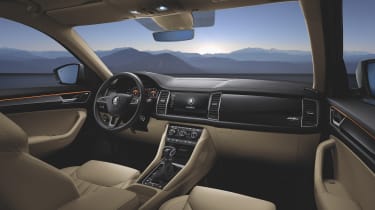 Four-wheel drive is standard on the most powerful petrol and diesel engines, and optional on the less powerful versions. 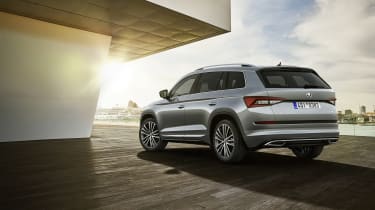 What does the Skoda Kodiaq Laurin & Klement mean for car buyers?

Skoda used to be renowned as an affordable brand, but with the launch of its flagship Kodiaq L&K SUV it’s now easy to spend over £40,000 on one of its models with just a handful of option boxes ticked. This upgraded trim puts the Kodiaq in fierce competition with models from more established SUV marques like the Land Rover Discovery Sport and Audi Q5. With an excellent infotainment system and lots of safety tech, the Kodiaq doesn’t disgrace itself in this company, but the cheaper SE L trim gets most of these features at a lower price point.

For us, the SE L represents the sweet spot in the Skoda Kodiaq range - even if it does without the L&K’s embellishments.