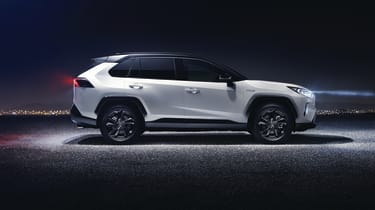 Toyota has revealed more about its all-new RAV4 following its unveiling ceremony at the New York Motor Show. The SUV will cost from £29,635 and orders are being accepted now, as the first cars start to arrive in showrooms.

Along with the Suzuki Vitara, the Toyota RAV4 was a pioneer of the compact SUV class, but now faces tough competition from models like the Mazda CX-5, Volkswagen Tiguan, Peugeot 3008 and Skoda Kodiaq. With new technology and fuel-efficient hybrid power, though, the fifth-generation RAV4 hopes to remind buyers why the original was such a milestone. 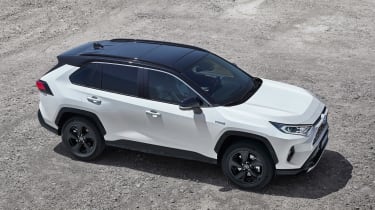 Sharing its Toyota New Generation Architecture (TNGA) platform with the Toyota CH-R and Toyota Prius, the next RAV4 will introduce a new 2.5-litre petrol-electric hybrid system with a newly developed dual-motor electric drive system. Improved all-wheel-drive performance is claimed, along with increased fuel economy, thanks to the rear wheels being powered exclusively by an electric motor. This is said to be lighter and more compact than mechanical four-wheel drive, but can "achieve the same level of torque output". It will come into play when pulling off or if slippery conditions are detected, while a new Trail setting will send power to the wheels with grip if the going gets tough.

With front-wheel drive only, the RAV4 will produce 215bhp and have CO2 emissions of 102g/km, while the new Hybrid AWD-i four-wheel drive version gets 219bhp and 103g/km.

Toyota boasts that the TNGA platform brings greater driver appeal to the new Toyota Corolla and the same is promised for the RAV4. The new model has a lower centre of gravity and should be less prone to body lean than the outgoing car, with a stiffer structure and more evenly distributed weight for "more precise, stable and accurate responses to driver inputs". 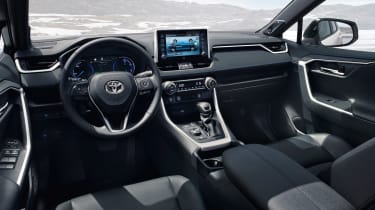 The RAV4's traditional 'go-anywhere' looks will be emphasised; the new model has a wider appearance and more ground clearance to provide a contrast to its more urban-oriented CH-R stablemate. Its overall dimensions are only slightly increased, though, so the RAV4 should remain manageable around town.

The front and rear overhangs are actually a little narrower than before, resulting in a wheelbase (the distance between the front and rear axles) stretch of 30mm. This extra length will be noticed by passengers, who'll be granted greater legroom than before, and – with a width increase of 10mm – more shoulder space, too. A bigger boot rounds off what should be a more practical package in all respects.

The RAV4 is available in Icon, Design, Dynamic, and Excel trims, with Icon only available with front-wheel drive. It's well equipped, with 17-inch alloy wheels, parking sensors and a rear-view camera, an eight-inch touchscreen and seven-inch driver's information display and LED headlights. The Design model can be specified with four-wheel drive and has 18-inch wheels, keyless entry, a powered tailgate and front parking sensors.

If you'd prefer a more sporting theme, Dynamic swaps the wheels for black items and adds sports seats, a two-tone metallic paint finish and a black headliner to the Design trim.

The RAV4 benefits from the second generation of Toyota Safety Sense, a package of safety features. Its autonomous emergency braking can now detect pedestrians at night, while it can also spot cyclists in daylight. Meanwhile, the Adaptive Cruise Control system has been upgraded with a low-speed function for driving in stop start traffic. 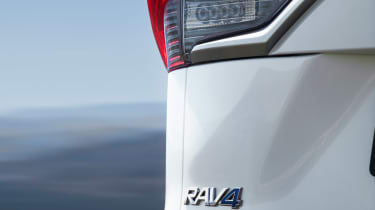