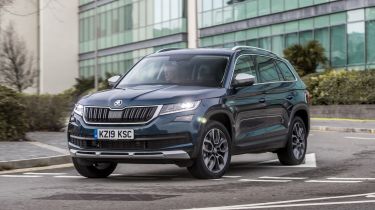 In both the Karoq and Kodiaq, the 2.0-litre TFSI engine is only available with a seven-speed DSG gearbox and four-wheel drive. The 2.0-litre Karoq boasts brisk acceleration and becomes the fastest model in the Karoq lineup, with a 0-62mph time of seven seconds and a top speed of 131mph. 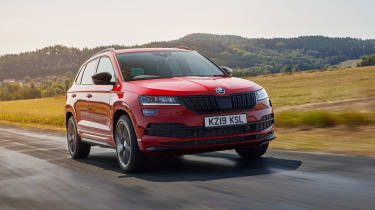 The new engine is only available in the Sportline model of the Karoq, which starts at £31,820. Buyers of the SE L, Scout, Sportline, Edition and L&K versions of the Kodiaq can choose it, with prices starting at £34,120, rising to £38,770 for the top-spec seven-seat L&K model.

Read our in-depth reviews of the Skoda Kodiaq and Skoda Karoq, or see how they compare against the competition in our best medium-sized SUVs list.