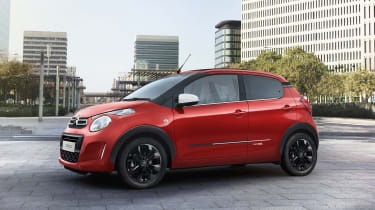 Citroën has revealed a new special edition of the Citroën C1 city car. Based on the range-topping ‘Flair’ trim level, the Urban Ride gets an array of additional styling upgrades and optional extras. Arriving in showrooms this summer, the new model has a price of £12,680.

The Urban Ride model gets a number of styling upgrades to distinguish it from the standard C1, including 15-inch alloy wheels, wider matte-black wheel arches with a choice of six paint colours, and an optional contrasting black roof. Buyers can also spec an electric sliding soft-top, giving it Citroën’s ‘Airscape’ body style for an extra £930.

The interior of the C1 Urban Ride also receives a number of upgrades, including two-tone upholstery, decals, and white trim on the dashboard with contrasting black trim on the gear-stick surround and air vents. 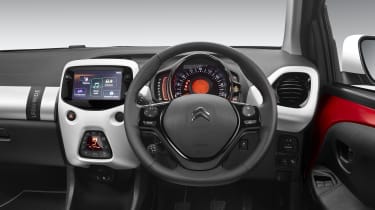 The Urban Ride variant gets all of the standard kit found on the Shine trim level, including a reversing camera, electric and heated door mirrors, a seven-inch infotainment system with Apple CarPlay and Android Auto connectivity, and a four-speaker sound system.

Only one engine is available for the C1 Urban Ride, namely a 1.0-litre three-cylinder petrol engine producing 70bhp with a five-speed manual gearbox. Fuel economy is claimed to be 53.2mpg under the WLTP cycle with a CO2 emissions figure of 93g/km.

Read our review of the Citroën C1, or see how it compares to its rivals with our list of the best city cars you can buy in 2019.