"The Citroen C1 is a stylish city car with plenty of kit and personalisation options, but it’s not quite class-leading"

The Citroen C1 is the French brand’s most affordable car and underneath it has a lot in common with the Toyota Aygo and Peugeot 108. Originally conceived as a joint project, all three cars now feature unique styling making them more distinctive from one another.

Unlike some rivals, you can buy a C1 as a three or five door model, with the option of an optional retracting fabric sunroof for use in the summer - a feature which is also available on both the Aygo and 108 models.

With two of its closest VW Group rivals, the Skoda Citigo iV and SEAT Mii, now being fully electrified, the C1 remains a direct rival for the revised petrol powered Volkswagen up!, the Hyundai i10 and the Kia Picanto. 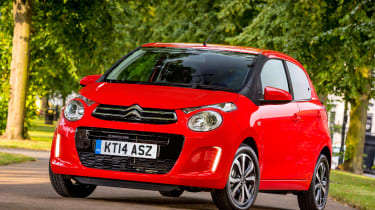 Starting from just over £10,000, the Citroen C1 is certainly good value, but there are other factors to consider, like the fact the Toyota Aygo comes with a five-year warranty as standard while the Citroen and Peugeot make do with three years of cover.

Your decision is also likely to be influenced by their styling and the best manufacturer deals offered at the time of purchase. If you plan on spending much time on the motorway or country roads, it’s also worth considering that the C1 is now only available with a 71bhp three-cylinder 1.0-litre engine. This engine is best suited to urban driving rather than long-distance motorway miles. Rivals such as the Volkswagen up! are a better bet for longer trips, offering more refinement and comfort.

Unless you always plan on driving solo, the five-door version is worth serious consideration, making access to the rear seats far simpler. Even in this form, it’s clear the C1 wasn’t designed with passengers in mind, with rear windows that pop out rather than go up and down and a small boot only big enough for a weekend bag or a small amount of shopping.

While new models from Citroen like the Citroen C3 and Citroen C4 Cactus have highly individual interiors, the C1 is a little more bland, featuring a dashboard shared with the Toyota Aygo. Higher trim levels look better, though, thanks to a touchscreen display, colour coordinated pieces of trim and bright seat patterns. 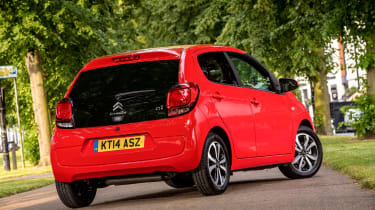 Trim levels are called Touch, Feel, Flair, and two special editions known as the Urban Ride and Origins. The entry-level, three-door only Touch spec likely to be too basic for most, so Feel is our pick, with desirable features like air-conditioning, Bluetooth connectivity, a seven-inch touchscreen, 50:50 split-folding rear seats, DAB radio and a space-saver spare wheel.

The Citroen C1 finished 72nd out of the 75 cars ranked in our 2020 Driver Power owner satisfaction survey of cars currently on sale in the UK.

The C1 was awarded four out of five stars when it was crash-tested by Euro NCAP in 2014, with an 80% score for adult occupant protection. Rear ISOFIX child-seat mounting points are included as standard, along with electronic stability control and hill-start assistance.

If you’re after low-cost motoring, check out our list of the 10 best city cars on sale today
Colourful Citroen C1 JCC+ special edition now on sale 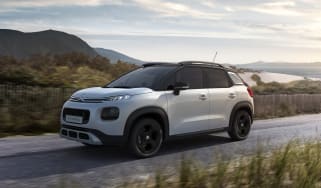 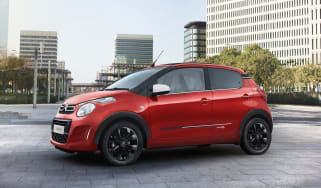 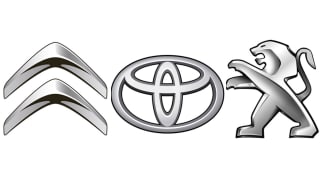 Which city car should you buy? We compare three small cars from Citroen, Toyota and Peugeot
Citroen C1 updated for 2018 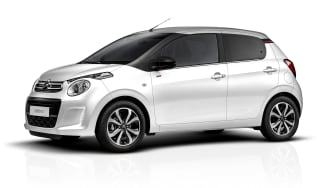 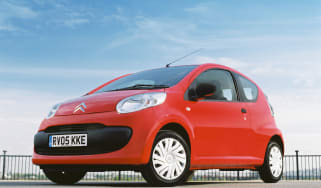 The Citroen C1 Mk1 makes a lot of sense as a first car, thanks to its low running costs and modest performance
New convertible option for Toyota Aygo 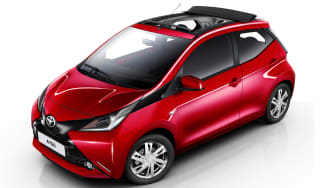 "The Citroen C1 is a basic and cheap-to-run city car. It’s fun to drive but it’s also pretty basic, and is outclassed by newer rivals."
New Citroen C1 2014 prices and specs 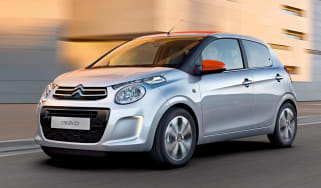 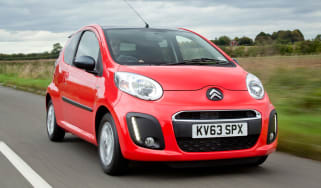 New specifications for the Citroen C1 have been revealed, priced from £9,760
Citroen C1 deals: Car deal of the week 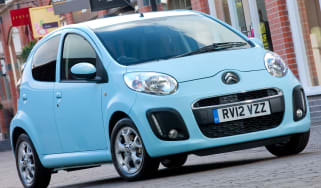