Safety is comparable to the best in class, but reliability is only rated as poor

Rivals such as the Kia Picanto and Fiat Panda beat the Citroen C1 for customer satisfaction in 2019, while the C1’s safety credentials earned it a four-star Euro NCAP rating back in 2014, it does lag behind modern cars that boast newer safety technology.

Overall, Citroen finished 24th out of 30 manufacturers in our 2020 brand survey, with 17.2% of owners reporting an issue in the first year. Owners praised the low running costs of their cars but were critical of the disappointing infotainment systems.

The C1 finished in 72nd place out of 75 cars in our 2020 Driver Power owner satisfaction survey, with 12.2% of owners reporting a fault in the first year of ownership. 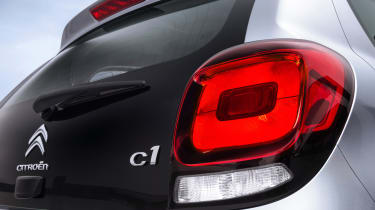 The C1 was awarded four stars by Euro NCAP when it was crash-tested in 2014 scoring 80% for both adult and child occupant protection. However, since then Euro NCAP has continuously made it’s testing criteria more stringent, meaning that it would likely fare worse if tested again today due to lacking modern safety features such as pedestrian and cyclist detection.

The Citroen C1 still comes with a host of safety equipment, including six airbags, anti-lock brakes, electronic braking assistance and electronic stability control. All Citroen C1s also have hill-hold assist that prevents the car from rolling backwards on a slope when the handbrake isn’t on.