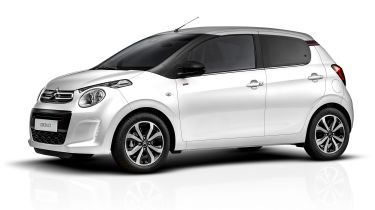 Citroen's cheapest offering, the C1 city car, has been given a handful of technical tweaks, and a more efficient engine for 2018.

Sharing its platform and much of its bodywork with the Toyota Aygo and Peugeot 108, the C1 faces stiff competition from the Volkswagen up!, Skoda Citigo and SEAT Mii. Citroen hopes that the car's latest update will help it fend these rivals off, as well as withstand the challenges mounted by the Hyundai i10 and Kia Picanto.

The Toyota Aygo has previewed the C1's updated engine technology – the cars now share a new three-cylinder petrol that produces 71bhp. That's a small increase over the previous engine's figure, so no big performance gain is expected, but economy should improve, possibly passing the 70mpg mark. A five-speed manual and an automatic gearbox will both be offered. 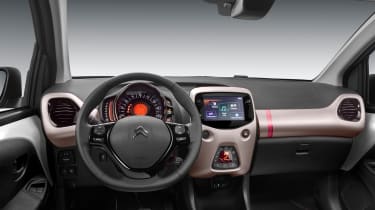 Visually, not much has changed apart from the C1's refreshed palette of colours, which includes bi-tone roof shades and a choice of three hues for the Airscape model's fabric roof. Citroen boasts that up to 32 exterior colour combinations are possible and a range of new interior trim options increase the scope for personalisation inside.

Speaking of which, you'll spot more changes once seated. The C1 now offers smartphone integration through an infotainment system that includes Android Auto, Apple CarPlay and MirrorLink, operated via a seven-inch touchscreen. Perhaps more important, though, are the C1's new driver-assistance systems. They include autonomous emergency braking and lane-departure warning, as well as traffic-sign recognition. A reversing camera and hill-start assist should make maneuvering easier, too. 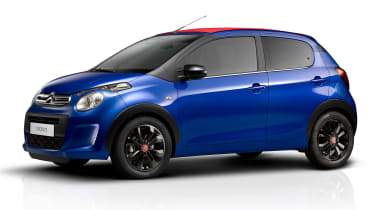 Citroen is launching two limited-edition models to mark the arrival of the updated C1. The C1 Elle shares a fashionable air with the larger Citroen C3 Elle, and contrasts with the butch-looking C1 Urban Ride. This crossover-inspired model takes styling cues from a Citroen concept car of the same name; both special editions are based on the well equipped C1 Flair trim level. 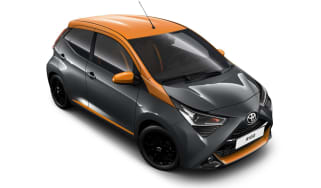