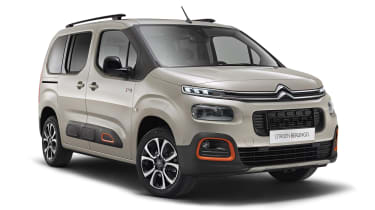 Citroen has revealed a new trim level for the Berlingo MPV. The Flair XTR trim will sit at the top of the line-up, above the Feel and Flair levels, and adds a host of extra features designed to make the Berlingo even more versatile. You can order the Citroen Berlingo in Flair XTR trim now (production starts in July), with the five-seat ‘M’ version costing £23,630 and the seven-seat ‘XL’ version priced at £25,330.

The Flair XTR trim includes an opening rear tailgate window and Citroen’s Modutop roof. This combines a glass panoramic sunroof, an electric roller blind and extra storage built into the roof, which can be accessed from the rear seats and the boot on five-seat ‘M’ models. Cars in this trim level also have rear seats that can be folded from the boot, and the seats automatically fold flat to create a level load space.

Visually, the top-spec trim level comes with orange Airbump surrounds as standard, plus tinted rear windows, orange fog light surrounds, 17-inch alloy wheels, and front and rear scuff plates. These cars are also marked out by XTR badging and gloss black detailing on the door mirrors and roof bars. Eight colours are available, although it’s likely that you’ll have to pay extra for the metallic shades. 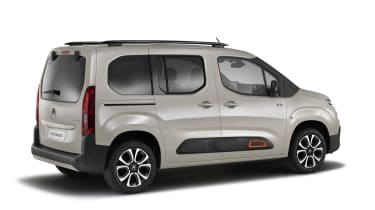 On the tech front, the XTR gets several features that are usually on the options list. It features keyless entry and start, a colour head-up display (projects your speed and other information in front of the windscreen), dual-zone climate control and power-folding door mirrors.

The Citroen Berlingo starts at £23,630 if you choose the 99bhp diesel engine with a five-speed manual gearbox. Opting for the more powerful 128bhp diesel with either a six-speed manual or an eight-speed automatic increases the price to £24,750 and £26,150 respectively. The seven-seat XTR costs an extra £1,700 on each engine choice.

Citroen says that 60% of customers who have chosen the Flair trim added extras, which is why it has introduced the Flair XTR version. In this trim, the Berlingo retains its huge boot - up to 775 litres or 1,050 litres in the five- and seven-seat models - and its 28 interior storage cubbies.

Find out about other cars with huge boot spaces in our guide to the biggest boots on sale. 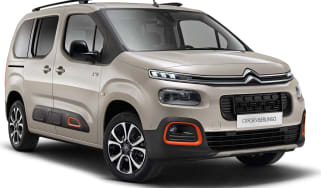