If carting cargo is your priority, our top 10 list of the biggest car boots is sure to be of interest, whatever your budget.

Our motivations for buying cars tend to vary from person to person. Some of us are after sleek looks first and foremost, while others prioritise comfort, performance, running costs or environmental friendliness above all other criteria. For many drivers, though, outright carrying capacity is what’s most important. If you regularly need to transport big items like sports equipment, DIY materials or bulky musical instruments, you’ll want to know which cars on sale today have the biggest boots.

It won't surprise you that there are no sports cars on our list, but you'll see that you don't necessarily need to drive something that looks like a removal van in order to have a huge load area. There are lots of other practical load-haulers out there and buyers are spoilt for choice with estate cars – it's worth checking out our top 10 best estate cars list. If it’s people, rather than luggage, you tend to carry a lot of, our guide to the best MPVs and people carriers is also well worth a look, as is our rundown of the best seven-seater cars you can buy today. 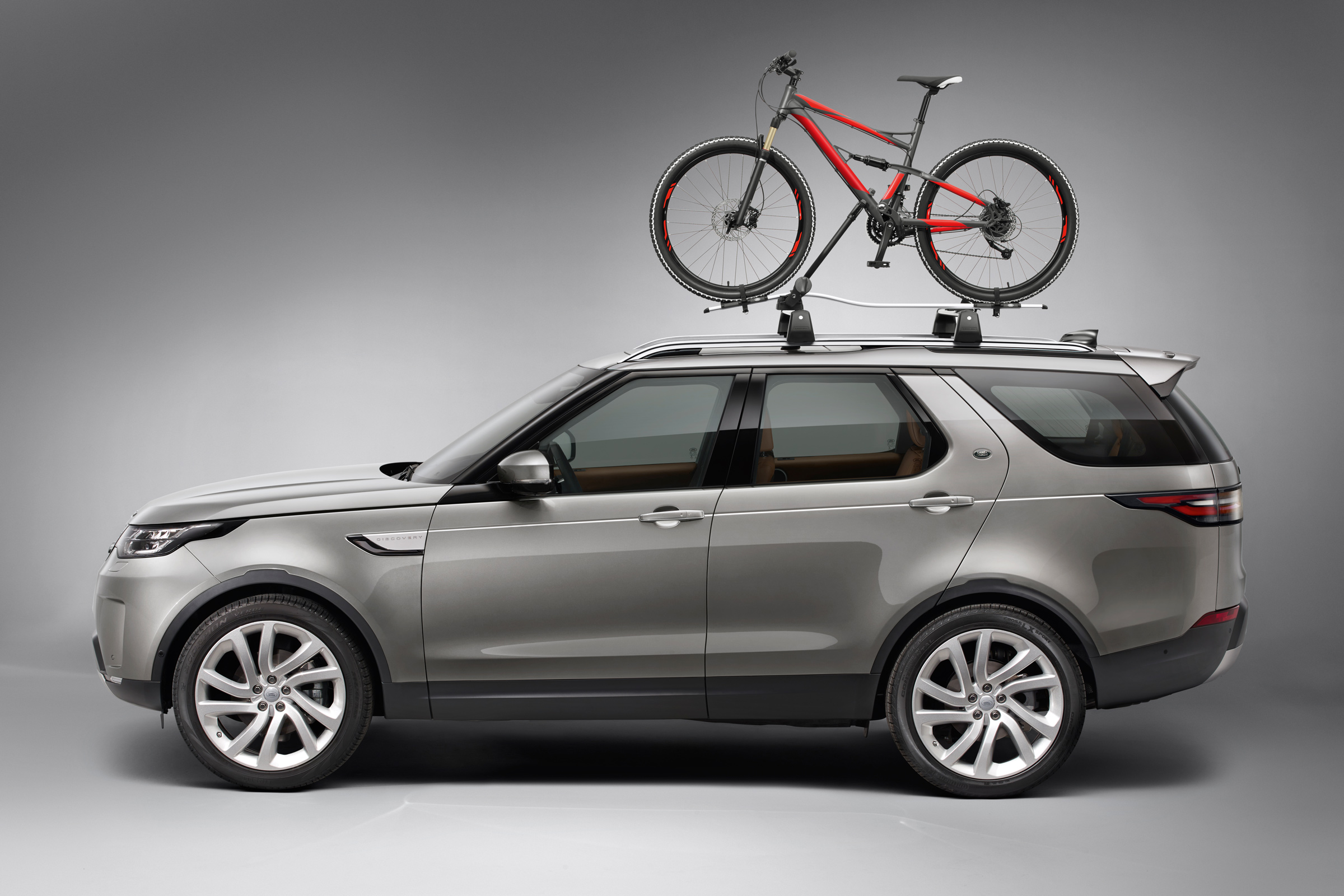 Before we begin, there is one thing to note: on this list, we’ve measured each car’s boot capacity with five seats in place. This means that while we feature some seven-seater models, we’ve calculated their boot space with the two third-row seats folded, as this makes the playing field level and is the configuration people predominantly use.

With that out of the way, here are the 10 biggest car boots you can get today…

If outright space is your number one priority, you’ll need to look at the Peugeot e-Traveller, or its Citroen e-SpaceTourer or Vauxhall Vivaro-e Life relations. Virtually identical, all are available only with electric powertrains, have roughly 150 miles of range and are based on vans. The van origins do mean all should be reliable and, most importantly, you’ll have plenty of space to play with thanks to their boxy shape.

All three are available in different sizes, including an extra-long version that can carry up to eight people and all their luggage. With the long-wheelbase e-Traveller XL, there’s a massive 989 litres of boot space even with all seats up, but this increases to 2,381 litres with the third row folded.

You’ll be surprised to hear that a car based on the same underpinnings as the Volkswagen Golf family hatchback has one of the biggest boots you can buy. Nevertheless, the Volkswagen Caddy impresses with its compelling blend of a car-like driving experience and van-like practicality. On the inside, the Caddy is almost identical to the Golf thanks to its optional dual-screen infotainment and digital instrument cluster setup. It drives in a similar manner to the Golf too, feeling secure and refined on the road and delivering a respectable 44mpg.

Volkswagen offers the Caddy in a variety of configurations to suit your personal needs and lifestyle. There are two lengths to choose from - standard and Maxi - and these can be specified in both five and seven-seater layouts. Choose the five-seater Caddy Maxi model for a cavernous 1,720 litres of room. However, even standard the seven-seater Caddy impresses. Even with all the seats in place its 191-litre boot is comparable to a MINI hatchback’s.

The Ford Tourneo Connect is the smallest member of Ford's evergreen Transit van family. However, this does not mean it is lacking in space. The passenger-carrying version of the Transit Connect, it comes better-equipped as standard, with luxuries such as 15-inch alloy wheels, air conditioning and heated seats. Just like its rival, the Volkswagen Caddy, the Tourneo can be optioned in both standard form and as a long-wheelbase Grand Tourneo - although only the latter gives the option for seven seats.

Need a big, van-based MPV? It seems many of the most spacious options are French, as the Citroen e-Berlingo Multispace and Peugeot e-Rifter (plus their non-French cousin, the Vauxhall Combo-e Life) have some of the biggest boots of any car available. Even the standard-sized versions offer 775 litres of boot space with the rear seats up, while the seven-seat XL versions offer 1,050 litres of space, albeit with the third row of seats folded flat.

Early in 2022, Citroen, Peugeot and Vauxhall announced that the Berlingo, Rifter and Combo Life would only be offered with a pure-electric powertrain. This gives these spacious MPVs a range of just over 170 miles and the ability to charge from 10-80% in just 30 minutes when using a public 100kW fast charger.

The Mercedes V-Class is among the largest MPVs you can buy. Closely related to the Mercedes Vito van – which is also available as a less-luxurious passenger vehicle – the V-Class can seat up to eight passengers. However, if you decide to fold the third row down, you're left with a truly colossal 1,030-litre load area.

The boxy form of the V-Class means it isn't the most elegant of cars, but it makes up for this by offering a spacious interior which feels befitting of a true Mercedes-Benz. A Marco Polo camping version is also offered, complete with a pop-up roof that conceals beds for two, and a kitchenette with cool-box and two-burner gas hob.

It might be surprising to see a performance saloon on a list of cars with the biggest boots, but the Tesla’s lack of conventional engine and exhaust works wonders for luggage space! The Tesla Model S is a stunning feat of engineering, with over 400 miles of range, a hi-tech interior and cutting-edge autonomous driving capabilities.

Thanks to its electric powertrain, the Model S has a ‘frunk’ where the traditional combustion engine would sit, and when combined with the traditional hatchback boot at the rear it offers a whopping 894 litres of storage space. That’s fine for suitcases but the Model S isn’t quite so useful if you’re regularly carrying mountain bikes or raiding the shelves at IKEA as the rear boot itself only provides 744 litres. That said, none of the other cars on this list can manage 0-62mph in under two seconds...

The Mercedes GLS is simply colossal whichever way you look at it. At 5.2 metres long, it is one of the largest cars on sale in the UK and starting from £75,000, it has a price tag to match. Just like many SUVs, the GLS’ high driving position gives you a commanding view of the road and the sweeping twin 12.3-inch MBUX infotainment screens are some of the best in the business.

The GLS can transport seven people in unrivalled comfort and luxury, or if you fold the rear-most seats down (electronically, of course) you can utilise the huge 890-litre load area. This should be plenty for several large suitcases any time you decide to take a week off at your multi-million-pound chalet in the Swiss Alps. If you don’t plan to bring guests, you can always fold down the middle row to reveal a massive 2,400 litres of space - turning the GLS into the world’s poshest cargo van.

If you think of seven-seater SUVs such as the Volvo XC90 as stylish, sophisticated, plush cars, the SsangYong Rexton is more of a utilitarian workhorse by comparison. Rugged, tough and no-nonsense, this big SUV is the perfect car for carrying large loads.

The Rexton boasts an impressive 820 litres of boot space with all the seats folded up and a cavernous 1,806 litres with all five rear seats lying flat. Even the base model with its 199bhp 2.2-litre diesel engine can tow up to 3,500kg, matching that of the much more expensive Land Rover Discovery. Starting at less than £40,000, it's hard to find something that represents such good value.

Volkswagen could have squeezed seven seats into its largest SUV but chose to stick with five spacious, luxurious seats instead. That decision means you’ll have a huge 810 litres of boot space available without having to fold the rear seats forward.

As VW’s flagship SUV, the Touareg carries all of the latest technology, including a massive 15-inch touchscreen that does away with all physical buttons. Voice and gesture control is included too, so you don’t have to take your eyes off the road. If you like the sound of the Toureg but really need those extra seats, take a look at the seven-seater Audi Q7 and its 770-litre boot.

The 5008 is the seven-seat version of one of our favourite SUVs, the Peugeot 3008. In a previous life, the 5008 was a spacious but traditional MPV in the Peugeot lineup. However, due to the current SUV craze, the current 5008 has now adopted a more stylish crossover look, yet without sacrificing any of the practicality and versatility of the old model.

With all seats up, the boot remains large enough for a weekly shop, but flip the third row down and you’ll have 780 litres of space at your disposal. The Peugeot 5008 also excels thanks to its futuristically designed interior, high level of standard equipment and comfortable ride. No wonder it’s one of our favourite seven-seater cars.

Why not check out our guides to the Best cars for dog owners and Best 4x4s and SUVs.