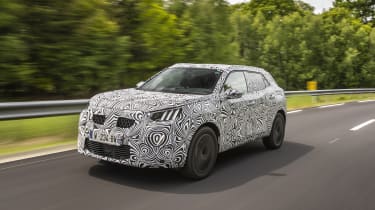 The replacement for the Peugeot 2008 SUV has been revealed and we’ve driven several development models. The 2008 is one of Peugeot’s best-selling cars in the UK, so this new model is very important for the firm. It’s still a few months away from arriving in showrooms, and prices and specs have yet to be finalised, but the test drives provided a good opportunity to see how the 2008 is shaping up.

The new 2008 sits on a new platform and has eye-catching styling that’s similar to the upcoming Peugeot 208. It looks much more like an SUV than the current model and is guaranteed to stand out on the forecourt, despite having many different rivals including the Nissan Juke, Renault Captur and SEAT Arona.

The interior is a real treat and could propel the new Peugeot 2008 to the top of the class. The quality of the materials used is similar to what you’d find in a car made by a more upmarket brand. There’s a new 10-inch touchscreen in most models, while Peugeot has persisted with having the dials above the steering wheel. Depending on how you sit and have the steering wheel adjusted, this does mean the digital instrument cluster can easily be blocked. 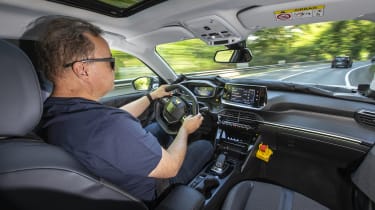 It feels like you’re sat higher up in this new car, with a better view of the road ahead. In actual fact, the seats are positioned lower than in the outgoing model but it still feels like a real SUV, compared to a pumped-up hatchback.

We tried a trio of powertrains: petrol, diesel and electric. The petrol was the new top-of-the-range 153bhp version of the 1.2-litre PureTech engine, and Peugeot’s engineers will be tweaking it for UK tastes before launch. That extra power didn’t make it feel as quick as we’d hoped, even when we put the car into Sport mode. The Sport setting improves throttle response and makes the steering a bit heavier, and we’re hoping that the engine response is altered to make it feel a bit punchier.

With 18-inch wheels fitted, the ride was a bit on the bumpy side and there was a fair bit of wind noise. Nevertheless, the light steering made it enjoyable to drive and we hope the minor flaws will be ironed out before the car arrives at dealerships.

The diesel we tried isn’t coming to the UK - we get a 99bhp 1.5-litre BlueHDi engine that’s carried over from the current car - but it rode on 17-inch wheels, which did make the car more comfortable. The chassis will be tuned similarly to the DS 3 Crossback, which shares its ‘CMP’ platform. 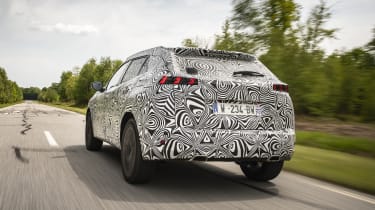 We also sampled the electric Peugeot e-2008, which will come after the launch of the petrol and diesel models. Like the Peugeot e-208 and Vauxhall Corsa-e superminis, the e-2008 uses a 50kWh battery and a 134bhp electric motor to give a maximum range of 193 miles. That’s slightly disappointing considering the Hyundai Kona Electric and Kia e-Niro will both manage 282 miles on a charge but Peugeot says the range will be plenty for most buyers - and the e-2008 is set to be cheaper than those cars to buy.

The electric car was almost production ready, we were told, and it did feel more polished than the petrol and diesel test cars. The ride was excellent, it drove maturely and didn’t roll much at all through fast corners. You can drive using just the accelerator pedal, as the car harvests the energy lost when you slow down so you can come to a halt without braking, but other electric cars offer different settings for this regenerative braking. In the Peugeot, you won’t be able to control the severity of the harvesting and consequently how quickly you come to a stop when you take your foot off the accelerator.

The acceleration doesn’t feel as quick as other EVs either but this might be altered before the car goes on sale.