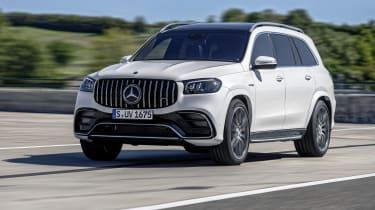 The Mercedes-AMG GLS 63 has been revealed and becomes the company’s flagship performance SUV. Launched alongside the Mercedes-AMG GLE 63, the GLS 63 pumps out over 600bhp and its seven-seat layout means you can share the performance with family and friends. Prices and release dates are yet to be revealed.

A 4.0-litre V8 petrol engine with two turbochargers provides an output of 604bhp, which means this heavy full-size SUV can sprint from 0-62mph in 4.2 seconds and on to a limited top speed of 155mph. The power is controlled by a nine-speed dual-clutch gearbox, and is sent to all four wheels through Mercedes’ 4MATIC all-wheel-drive system.

The Mercedes-AMG GLS 63 features an EQ Boost mild-hybrid system, comprising a starter-alternator and a 48-volt electrical system. It’s the first AMG model to get the technology, and it allows the car to coast or recoup energy when your foot is off the accelerator. The stop-start system engages quicker with the mild-hybrid elements, but the electrification isn’t just included to improve economy. For brief periods, it produces another 22bhp to help with acceleration and overtaking. 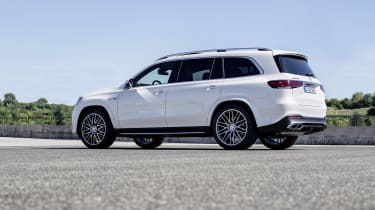 Perhaps unsurprisingly, the car isn’t very economical, despite the mild-hybrid tech. It’ll manage a claimed 23.7mpg, or much less if you’re heavy on the accelerator. CO2 emissions stand at a supercar-like 273g/km.

AMG’s Ride Control air suspension is fitted as standard, and this includes adaptive dampers, body roll stabilisation and the ability to raise or lower the ride height on the move. Choose either the Sport or Sport+ driving modes (or exceed 75mph) and the car will lower by 10mm, while you can raise the height by up to 55mm as long as you’re driving at less than 44mph. The all-wheel-drive system can split power between individual wheels for best traction, and can be completely rear-wheel drive at times, while there are six different driving modes (including two for off-road driving).

The AMG 63 version carries several styling upgrades over the standard Mercedes GLS. At the front, there’s a huge AMG-specific ‘Panamerica’ grille with a number of chromed vertical bars, plus enormous lower air intakes and LED headlights. The back end features a redesigned bumper with a diffuser and four diamond-shaped exhaust tips. Beneath the newly flared wheel arches sit 21-inch alloy wheels, but you can opt for wheels up to 23 inches in size.

Various interior panels are trimmed in man-made leather and authentic Nappa leather, while you’ll find AMG lettering on many places, including the steering wheel, seats, floor mats and door sill plates. Up front, the dashboard is dominated by the ‘Widescreen Cockpit’, which consists of two screens placed side-by-side to look like one huge display. One deals with infotainment, while the other is an AMG-specific digital instrument cluster with a lap timer. The front seats have climate control and memory functions, while the second and third row of seats can both be heated.

Seven seats are standard, with the middle row folding in a 40:20:40 split, but you can choose to have two seats and armrests in the second row to make the GLS a six-seater. 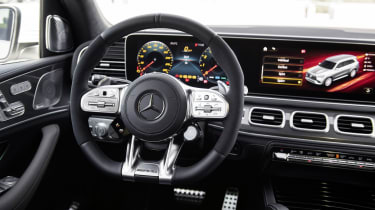 The equipment list also includes a lot of safety kit, such as stop-and-go assistance in traffic and Active Distance Assist, which gathers sat nav live traffic data to respond to upcoming traffic jams or slow-moving traffic.

Read our review of the standard Mercedes GLS, or check out how it compares to the BMW X7 and Volvo XC90. 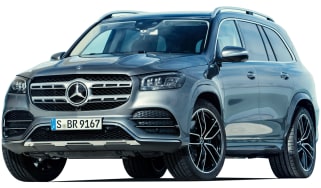