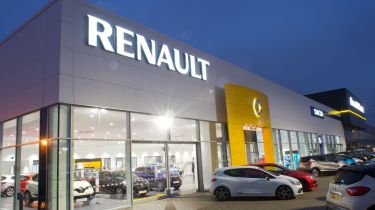 The United Kingdom may well be getting comfy with a stiff gin and tonic in the European Union’s departure lounge but what does leaving mean to people like you and me - in other words, new car buyers?

This year may be the best year to buy a car. Or it could be the most difficult. You see, while the UK as a whole is getting used to the idea of living alongside the EU rather than in it, you could say that the real ‘Brexit Day’ hasn’t happened for the car industry yet.

The best new cars arriving in 2020

Even the nation’s biggest car manufacturers – Jaguar Land Rover, Nissan, Toyota, Vauxhall and BMW - have little clue about what’s going to happen next. Brexit Day is just the start of a complex process, and the hope is that by the end of the transition period in December, the future will be much clearer.

Whatever the outcome of trade deal negotiations with the EU and the rest of the world, there’s also another issue disrupting the new car market – CO2 emissions. Model ranges, trim levels and engine choices will be in a constant state of flux this year; one minute your perfect car will be available, the next your dealer may be saying it’s no longer on the market.

You see, as manufacturers battle to meet tough new CO2 emissions targets imposed by the EU, less efficient cars are disappearing quicker than local post offices. Brexit Day may be billed as a day of great change, but new cars sold in the UK will still have to adhere to EU regulations for the foreseeable future.

Every time a manufacturer sells a car that doesn’t meet tough new EU CO2 targets, it has to pay a fine that potentially cuts into the car’s profitability. That leaves them with a decision: withdraw the car from sale, increase its price, or absorb the cost themselves. This year you may find that some manufacturers are effectively passing on the fine to you as the consumer.

Then there’s the Volkswagen up! GTI. It was originally launched in 2018 but disappeared a year later so VW could tweak the dinky hot hatch to get it through new (WLTP) fuel consumption tests. At the beginning of January this year, the GTI returned as part of a refreshed up! model line-up. And the catch? It now costs £2,145 more.

You won’t catch a manufacturer admitting that the cost of getting their cars through tough fuel economy and CO2 emissions tests is being passed onto customers, but buyers have every right to wonder.

To read about how Brexit could affect you as a motorist, read our story on driving in Europe after 31 January 2020.