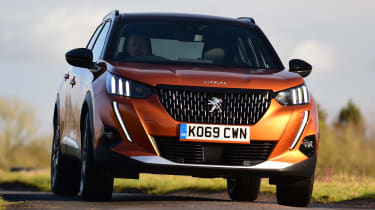 One of the biggest reasons to choose a 2008 over a cheaper 208 is for its extra practicality. This is noticeable, with quite a bit more space for passengers and their luggage, which could sway a showroom shopper in its direction.

The 2008 might be based on the same underpinnings as the Peugeot 208, but there's 65mm more bodywork between the front and rear wheels. The most noticeable effect of this is improved legroom and knee room for rear passengers, and there's also plenty of space for their feet under the front seats. 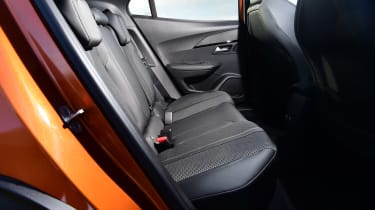 Boot space should impress most families, with 434 litres available behind the rear seats. That compares well against rivals, and while the Renault Captur can carry more luggage, you'll need to slide its rear seats forward, which also reduces space for rear passengers. 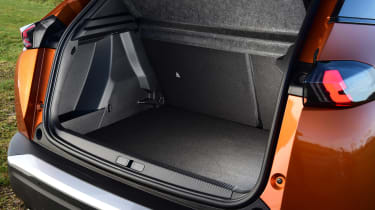 Petrol and diesel versions of the Peugeot 2008 all have the same towing capacity of 1,200kg for a braked trailer. That's not a great deal for an SUV, but is a decent amount for a small hatchback, and should allow owners to tow a small caravan. It's worth noting that the e-2008 isn't currently rated to tow a trailer of any weight, so if you need to do so, that could be a sticking point.