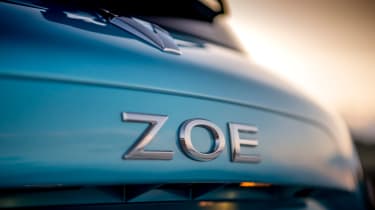 Renault came 15th out of 30 manufacturers in our 2020 Driver Power owner satisfaction survey. Customers praised low running costs, refinement and handling, but were less impressed with seat comfort and storage space. Just under 19% of Renault owners reported a fault within the first 12 months of ownership. ZOE owners have previously reported high levels of satisfaction, while its safety credentials aren’t in doubt.

Making its debut in the Driver Power owner satisfaction survey in 2015, the ZOE placed fifth and went on to improve this to a remarkable second place out of 150 cars surveyed in 2016. In 2020, the ZOE came 37th out of 75 models, with transmission issues contributing to a higher than expected 23.5% of ZOE owners reporting a fault. The ZOE also won praise for its low day-to-day running costs, but owners felt that servicing costs were expensive.

Safety is a definite ZOE strong suit – it was awarded a full five-star rating from Euro NCAP. The ZOE performed well when assessed for adult and child occupant protection, while its safety assistance systems were also praised – although it’s a shame autonomous emergency braking isn’t available.

Renault doesn’t only care about those inside the car – all models feature ‘Z.E Voice’, which generates a quiet yet noticeable sound to warn pedestrians of the ZOE’s presence.