The BMW X6 now has space for three in the back, plus a bigger boot 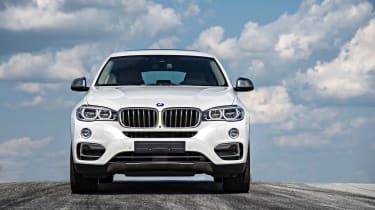 If you’re looking for the most practical BMW SUV possible, then the BMW X5 is the model to go for, but if you’re set on the stylish X6, then it should be practical enough for most. Its four-wheel-drive system has been designed to make the X6 faster in corners, but will also make it more sure-footed on slippery winter roads.

The old X6 came with two individual back seats, but BMW’s scrapped that idea in the current model and it has a conventional three-seat rear bench. There’s enough head and legroom for three adults and space in the front is excellent, too. 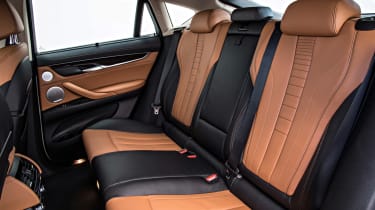 Just like the X5, the X6 has a useful lidded storage area between the front seats and another one in front of the gearstick. You’ll also find handy cup-holders and door pockets that can swallow a big bottle of water. 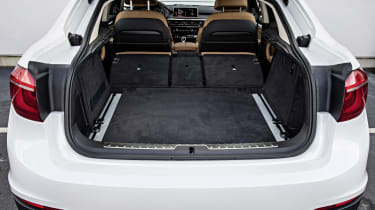 The current X6 has an extra 75 litres of boot space over the original X6 and now has a total capacity of 580 litres. The rear seats split 40:20:40 to offer some flexibility, while folding them all down increases the total load capacity to 1,525 litres (345 litres less than you get in a BMW X5).

The X6’s sloping roofline means its maximum luggage capacity lags behind more recent rivals, such as the Mercedes GLE Coupe and the Audi Q8, which offer 650 and 605 litres respectively. More traditional rivals such as the Range Rover Sport and the Porsche Cayenne have larger boot openings, which makes them more practical than the X6, while the X6 also has a lip to its boot, making it more difficult to slide heavy items in. Playing in its favour is the automatic boot release, which allows you to access the luggage compartment by simply sweeping your foot under the rear bumper.

Although its coupe-like looks suggest otherwise, the BMW X6 is an extremely accomplished tow car. A powerful range of engines means that all models can tow a maximum of 3,500kg, while the standard four-wheel-drive system should allow the X6 to pull a horsebox across a muddy field without problems.