Honda has reliability down to a tee, which should give buyers of this new Honda Jazz some peace of mind. The safety kit on offer is very good, too, provided you choose the SE model.

We've named the previous version of the Jazz our most reliable car several times in the past and in general this model has always been known for superb reliability.

In our Driver Power 2018 survey, the Jazz finished in 40th place out of 75 cars, scoring well for practicality (thanks to those ‘Magic Seats’) and interior space. The Jazz scored well for its build quality and reliability, too. 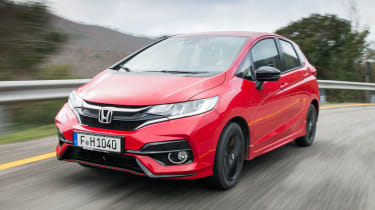 It’s worth noting that no car in the survey was rated worse for acceleration (or a lack thereof) and owners weren’t impressed by the car’s touchscreen infotainment, either.

In 2019, it came 62nd out of 100 cars (potentially because it’s getting old) but Honda still came seventh out of 30 manufacturers.

All Jazz models are equipped with familiar safety kit, such as a range of airbags and electronic stability control, but they also feature Honda's City Brake system, which can apply the brakes automatically at low speeds to avoid rear-ending the car in front.