The Honda Jazz has long had its own niche as a small hatchback thanks in part to an impressive amount of space and flexibility inside. The latest model sticks to that yet also has a clever hybrid powertrain that means running costs are low and reliability is high.

The new Jazz looks quite a bit different from before, thanks to a redesigned face that includes distinctive LED lights and chunky bumpers. There’s also a new Crosstar EX trim that looks more SUV-like in order to compete with the Ford Fiesta Active and Citroen C3.

The Jazz has a pleasant, if unremarkable, interior that includes a two-spoke steering wheel and neat-looking digital instruments. Mid-spec SR models and above get a nine-inch infotainment screen that’s far better than Honda's older set-up; this comes with the latest smartphone connectivity and is well worth the upgrade over the five-inch screen in the entry-level SE car. If the SR’s bigger screen, leather upholstery and parking sensors aren't enough, the EX model adds a leather steering wheel, built-in sat-nav and a reversing camera. Finally the EX Style model includes, as the name suggests, several cosmetic upgrades such as diamond-cut alloy wheels and a two-tone roof.

The hybrid set-up in the Jazz is referred to as ‘e:HEV’ and uses a 1.5-litre petrol engine and two electric motors connected to a battery pack. There isn’t a conventional gearbox, but in practice the sensation of accelerating feels similar to the CVT transmission in the Toyota Yaris Hybrid, with a droning noise from the engine if you put your foot down. 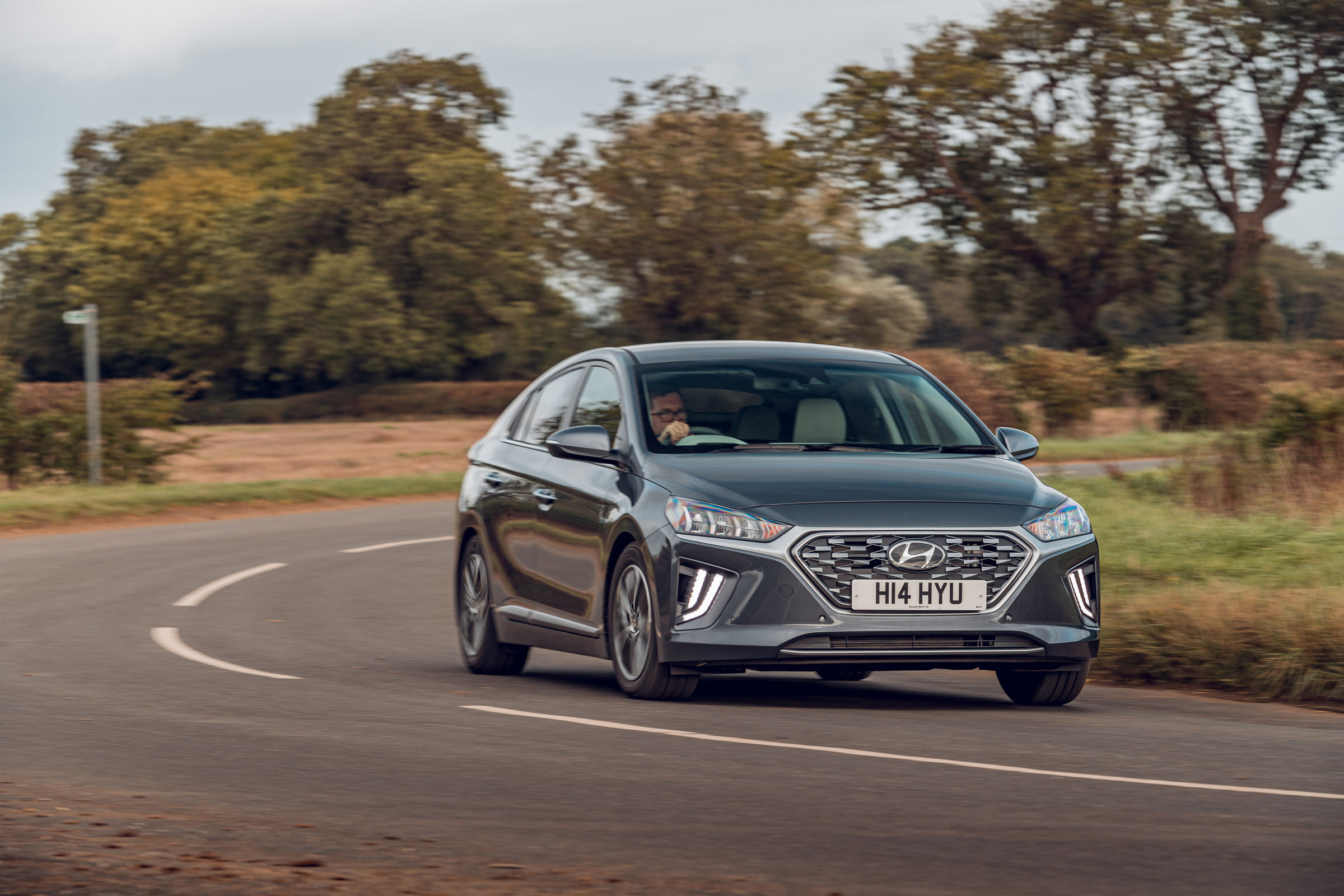 It’s more akin to driving an electric car at low to medium speeds, making for relaxed progress. More importantly, it’s very efficient; the official test shows it’s capable of up to 61.4mpg and just over 100g/km of CO2 emissions. Unlike some official figures, we found that this number wasn’t difficult to match in real-world driving.

Just don't expect a thrilling ride, because the linear acceleration, light steering and safe but sensible chassis don't invite you to drive in anything other than a sensible manner. A Ford Fiesta EcoBoost feels like a hot hatch in comparison.

Drive in the manner the Jazz prefers and any potted plants slotted in the middle row (with the Magic Seats flipped up) will be unharmed, while your passenger will also be happy. Drop the seats again and four tall adults can travel in comfort, with plenty of leg and headroom and handy places to charge and stow mobile devices.

A five-star Euro NCAP rating in 2020 proves it’s among the safest superminis too, thanks in part to a suite of clever technology.

The Honda Jazz still appeals to a very different buyer than the Ford Fiesta, Renault Clio or Peugeot 208, but for anyone unsure what to buy next, and willing to dip their toe into hybrid or EV ownership, the Jazz is a great choice. After all, it offers many of the benefits of an EV without a large upfront cost or any need to learn new habits. The Crosstar EX could also be a hit thanks to its desirable SUV-style looks and higher ride height.

Our rundown details the best and most fuel-efficient cars on sale today
Top 3 used easy-to-drive cars for £15,000
Honda Jazz hatchback

“Dear Carbuyer, I have mobility problems and want to spend £15,000 on an easy-to-drive hatchback or small SUV. Any ideas?”
Top 10 best cars for dog owners 2022
Best cars

Whether you’re already a dog owner or are looking for a vehicle before a puppy arrives, we have taken the stress out of searching by shortlisting the …
Top 10 best cars for cyclists and bikes 2022
Best cars

Cycling is a popular hobby but you'll probably need a suitable vehicle for transporting your equipment. Here are 10 of the best cars for cyclists and …
Honda Jazz: old vs new
Honda Jazz

“The Honda Jazz has a class-leading boot and the most spacious interior of any supermini, thanks to its tall roof and upright stance”
Honda e all-electric supermini: UK pricing starts from £26k
Honda Civic

The 2020 Honda e will cost from £26,160 when it arrives next year
New engine for updated Honda Jazz
Honda Jazz hatchback

Fault with Continental-supplied airbags affects 4.4 million vehicles worldwide, 1.2 million of which are in Europe
Honda to increase prices across the range
Honda Jazz hatchback

"Even though the ageing Honda Jazz supermini is soon to be replaced, it’s still one of the most spacious and practical small cars on the market. And i…
New 2015 Honda Jazz to launch at Geneva
Honda Jazz hatchback

"No other supermini can match the Honda Jazz's blend of brilliant practicality, first-class build quality and reliability, but it's expensive."