Are you after a small company car with equally compact Benefit-in-Kind bills? One of the 10 cars here could be just what you’re looking for

If you’re lucky enough to have one, a company car is a fantastic perk. It’s difficult not to get excited by a choice list with a catalogue of different cars to choose from and, as much fun as that is, it also makes sense for businesses to have their employees in modern, safe and fuel-efficient vehicles.

It isn’t always the case, but most companies typically source their cars from leasing companies, which means they pay a fixed rate for the vehicles each month. As well as being a big draw for employees, that set up also works well for the business, because the contract with the leasing company usually includes the likes of maintenance and a replacement vehicle if the main car breaks down, so it’s an easy way of keeping your workers mobile. 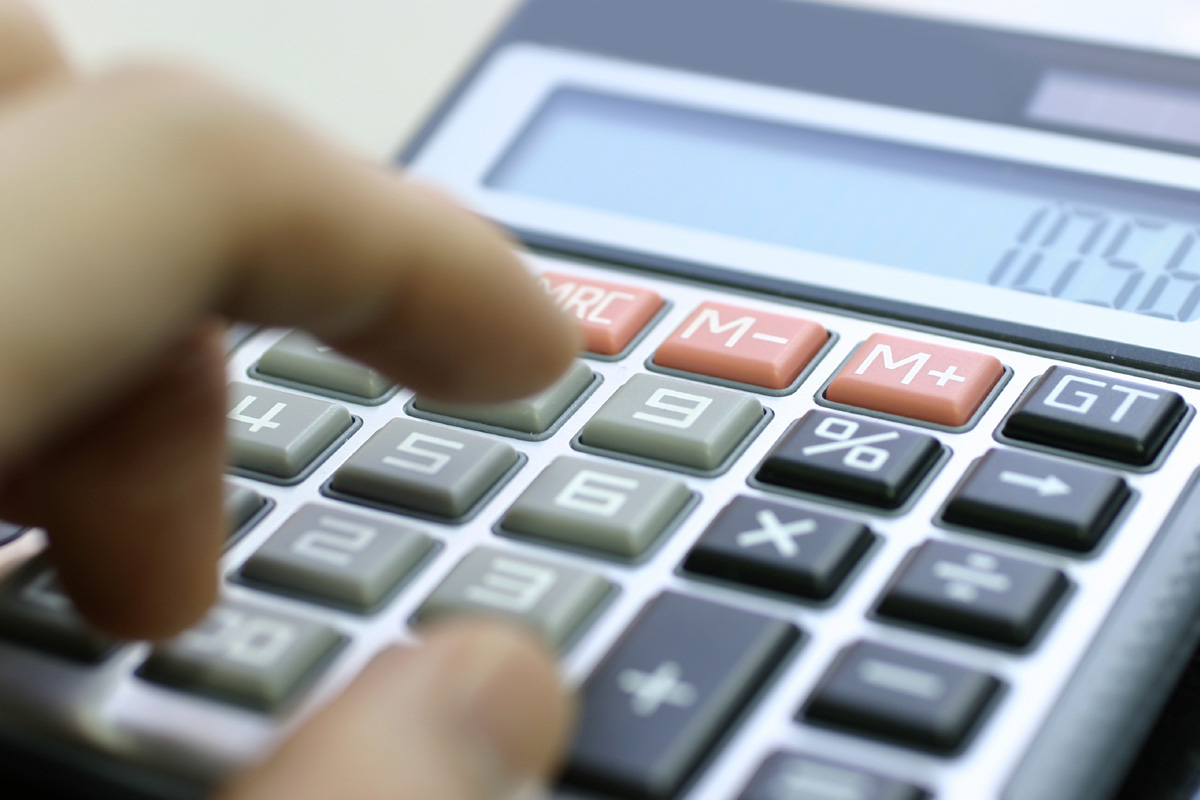 Company cars are taxed in a different way to private ones, as drivers have to pay Benefit-in-Kind (BIK), which is worked out based on the price of the car including any options (known as the P11D value), the vehicle’s CO2 emissions and whether the employee using the car is a lower (20%) or a higher (40%) rate taxpayer.

Vehicle Excise Duty (VED), or private car tax, is also governed by CO2 emissions, but they make even more of a difference to company car benefit-in-kind. As a result, cars with a low P11D value and the lowest possible CO2 figures make the most sense for employees. Generally, this will mean small, affordable models with the lowest possible CO2 emissions will incur the cheapest company car costs.

To help you pick the best small company car for you, we’ve brought together 10 examples of great compact models with excellent running costs and rock bottom P11D values, to help keep Benefit-in-Kind bills to a minimum.

Read on for our 10 best small company cars.

By virtue of having no tailpipe emissions, electric cars make enticing choices for company car drivers. For the 2022/2023 tax year, the Benefit-in-Kind rate is just 2%, whereas this tends to be considerably higher for even the least polluting petrol and diesel cars. Low maintenance requirements and the fact it costs far less to ‘fill up’ an electric car versus a combustion-powered one help cut back the running costs, too.

Even without the low tax bills, the VW ID.3 makes a strong case for itself as a company car. Interior space is pretty good and, while the entry-level models admittedly are a smidge on the basic side, spec-wise, all models come with the mod cons you’ll need on your commute. The ID.3 is also available in a selection of battery sizes: 45kWh and 58kWh should be fine for drivers who have shorter drives to and from work, whereas the 77kWh cars with up to 340 miles of range will be more suitable if you do lots of motorway miles.

If you’d prefer a compact company car with a classy badge on the bonnet, then you’ll be pleased to know there are plenty of good premium models out there. One potential pick that’s worth considering is the Mercedes A-Class, because its stylish, well-built interior, smooth ride and efficient engines help make it a compelling option.

For company car buyers, the plug-in hybrid A250e model could be the ideal A-Class. This is primarily because its low CO2 emissions and up to 26 miles of electric driving range put it in a very competitive company car tax band; whereas the Benefit-in-Kind rates vary from 30% to 37%, depending on the model, the A250e’s rate is just 8%.

We rate the Renault Captur very highly – after all, it’s a two-time winner of our Best Small Family Car award. Being a small car with light controls, the Captur is easy to drive down narrow streets and in built-up town and city centres, which is helped even further by the raised ride height you’d expect from an SUV. Despite its diminutive size, there’s a good amount of space inside the Captur, too.

For company car drivers after a Renault Captur with the lowest possible Benefit-in-Kind rate, the plug-in hybrid model will be the one to go for, since it sits in the 8% tax band. However, the plug-in Captur is on the pricey side, so if it’s out of reach for you the conventional Captur Hybrid is worth going for. Wiith a rate of 26%, it’s still fairly affordable as a company car, and it may even be more suitable for you if you don’t have ready access to charging points where you can top up the plug-in version’s battery pack.

While many of the electric cars available now tend to be big and expensive, there are still options out there if you’d prefer something a bit smaller. For those looking for an electric supermini as their next company car, the Peugeot e-208 makes a tempting proposition – after all, it has the same stylish looks as the regular Peugeot 208, yet promises to be far more affordable to run.

Being fully electric, the Peugeot e-208 doesn’t emit any CO2, so its Benefit-in-Kind rate is at 2% rather than the 25% rate for the least-emitting combustion Peugeot 208s. With a range of up to 225 miles, longer commutes and drives to business meetings shouldn’t be too tricky, and since there’s spec parity across the range the Peugeot e-208 gets the same stylish cabin and good across-the-board equipment levels as the conventionally powered versions.

One of the big appeals of the Hyundai Ioniq if you’re after a new small company car is that, regardless of the model you go for, it’ll promise to have low and affordable running costs. This is because all three versions of the Ioniq bring some form of electrification to the table: there’s a conventional hybrid, a plug-in hybrid and a fully electric variant for drivers who want to ditch fossil fuels entirely.

As we’ve established with the other electric cars on this list, the Hyundai Ioniq Electric will have the lowest Benefit-in-Kind rate by far of just 2%, although with a claimed range of 193 miles it may not be so suitable for longer distance business drivers. For drivers who commute through town and can use a charging point at their place of work, the Hyundai Ioniq Plug-in will be a bit more flexible and has a still-good company car tax rate of 12%, and the conventional hybrid’s 25% rate while still higher is usefully better than what many similarly sized non-hybrid hatchbacks can achieve.

For commuting in and around towns and cities in, cars like the Toyota Yaris make a lot of sense. Being small, they’re manoeuvrable and easy to place accurately on the road, and while not exactly bristling with power they’re often peppy enough to keep up with traffic.

The Yaris also brings a few additional perks of its own. For starters, it’s an automatic-only car, so there’s no need to deal with clutch biting points and the such in stop-start rush hour congestion. Being a hybrid, it also has good fuel economy (Toyota claims up to 68.9mpg), with that efficiency also resulting in low CO2 emissions and a corresponding competitive Benefit-in-Kind rates of 22% to 26%, depending on the model. For reference, the Benefit-in-Kind rates for the Ford Fiesta range from 27% to 35%.

The current Kia Niro will soon be replaced by a second-generation version, although that shouldn’t mean the Niro shouldn’t be on your radar until the forthcoming one starts showing up in company car catalogues. Despite its age, the Kia Niro still appeals with its mix of practicality, decent tech specs and ease of use.

As its appearance on this list suggests, the Kia Niro is also affordable to run as a company car. The fully electric Kia e-Niro has the lowest Benefit-in-Kind rate (just 2%) of all Niro variants, although if you’re not quite ready to go all-electric with your next company car the Niro Plug-in is a worthy pick with its 12% tax rate. Lastly, there’s the standard Kia Niro Hybrid, which doesn’t have as low a Benefit-in-Kind rate at 27%, but it’s still decent for a car of this size and provides way more flexibility if you don’t have regular access to a charging point.

If you’d prefer your small company car to stand out a bit in your workplace’s car park, then there are worse choices out there than the funky and stylish MINI Countryman. There’s more to the Countryman’s company car appeal than just its looks, though: opt for the plug-in hybrid version, and the MINI also promises to be an affordable car to run.

Its claimed fuel economy figure of up to 156.9mpg will likely be tricky to match in day-to-day driving, although the fact it can cover up to 30 miles on electric power alone means you could cover a decent amount of your drive into work without using a drop of petrol. Regardless of the trim you spec, the Countryman Plug-in Hybrid you pick will sit in the handily low 14% Benefit-in-Kind tax band.

The Honda Jazz may not be the last word in style or fun handling, but where it does stand out is its overall usability. It’s surprisingly practical for a car of this size, and the cabin is also surprisingly stylish. Slightly sparse entry-level models aside, the equipment levels on the Jazz are pretty generous, too.

Being a automatic-only hybrid car, the Honda Jazz is also easy to drive and handily economical around town, which will be music to the ears for drivers with urban commutes. With emissions from 102g/km to 110g/km, the Honda Jazz’s Benefit-in-Kind rates vary from 25% to 27%, which are pretty good in comparison with other superminis and will help reduce the amount you’ll pay in company car tax.

In comparison with the overwhelmingly electrified selection of cars here, the Skoda Fabia is a noticeable outlier. As things stand, it’s impossible to buy one with any form of electrified powertrain – even mild-hybrid options are exempt from the engine range. However, this doesn’t mean the Skoda Fabia shouldn’t be on your radar if you’re after a small company car that’s affordable to run.

Claimed fuel economy of up to 55.4mpg will help keep fuel bills down and, while the Fabia’s Benefit-in-Kind rates of between 27% and 31% aren’t the lowest on this list, they’re still very impressive for a supermini that eschews any form of hybrid drive assistance. The Fabia’s also noticeably cheaper than many of its hybrid rivals, which in turn helps bring down the Skoda’s P11D value and saves you some money on your company car tax. Its roomy cabin, generous spec and comfy ride make the Fabia an even more compelling pick, too.